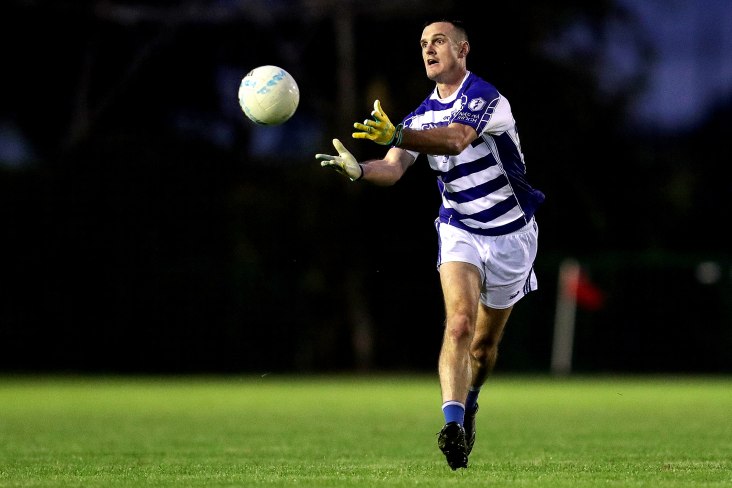 Naas tore up the script earlier today by defeating Maynooth and advancing to the club’s first Kildare senior football championship final in an even three decades.

Kildare star Eoin Doyle has since taken the Naas reins and today the county town side scored a resounding 1-17 to 1-9 victory over Maynooth in Newbridge to move into the Dermot Bourke Cup decider.

Doyle started himself at centre-field for the victors, but it was Darragh Kirwan who starred over the hour by contributing 0-7 in the win at St Conleth’s Park.

Naas now await the winners of tomorrow’s other semi-final clash between Celbridge and Sarsfields at the same venue (throw-in 4pm).