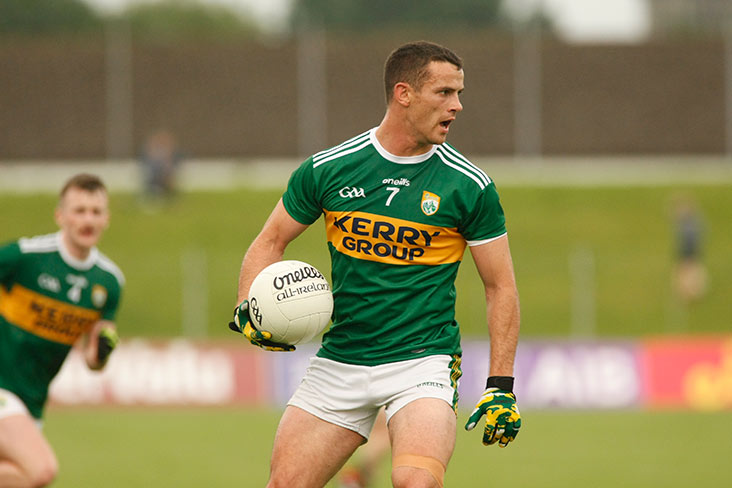 The Tarbert clubman made his league and championship debuts with Kerry in 2011 and came on as a substitute in the All-Ireland final win over Donegal in 2014.

An All Star in 2015, Enright also picked up two National Football League titles in a glittering career.

“I have decided that the time is right to retire after 10 years wearing the gear and gold jersey,” said Enright in a statement today. “I’m privileged to have played with some of the best players to ever play for Kerry and to have made friends for life along the way. It's been an amazing journey and one that I will cherish as I move on.

Privileged to have worn the Green and Gold of Kerry for the last 10years. Thanks for the memories @Kerry_Official Thoroughly enjoyed the journey. Time for the next adventure. #overandout pic.twitter.com/QZhezaXP1G

“I want to thank my family first and foremost, without them none of it would have been possible. The people of Tarbert who were behind me all the way, the Kerry supporters who drove us on through the good and bad days. I also want to thank each and every management team I played under from my underage days with Tarbert right up to my days with Kerry. I learned something new from each and every one of you. To the physios, nutritionists, doctors, S&C coaches, there are far too many to name but ye know who ye are. Thank you. Also a massive thanks to my employers Bank of Ireland who were so accommodating throughout my journey.

“Finally a special thank you to my fiancée Sarah and her beautiful daughter Kayla. Ye saw firsthand the sacrifices that have to be made to play at intercounty level, thanks for the continued support along the way. Looking forward to the next adventure.”