A week to remember for Kerry minor star Burke 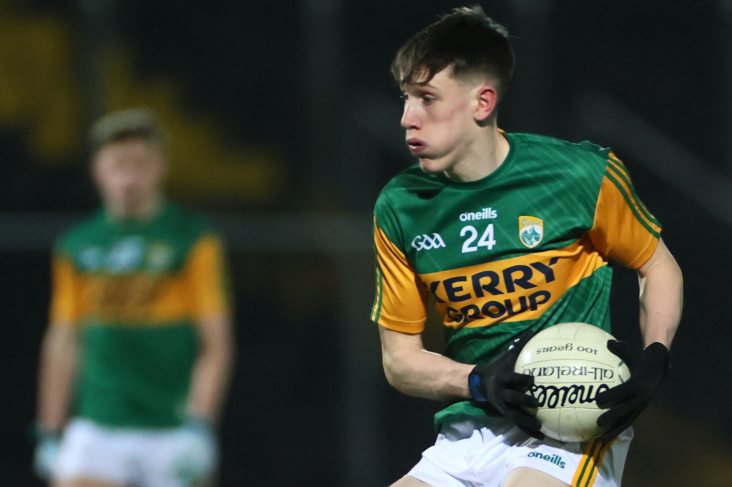 It has been an amazing seven days for young Kerry defender Cillian Burke, 'Man of the Match' in yesterday’s Munster MFC final victory against Clare.

Last week the Milltown/Castlemaine man was a substitute in the Kingdom’s semi-final clash against Cork in Tralee, where he was sent on at half-time by manager James Costello to help inspire his team to an extra time victory over the Rebels.

Burke’s performance earned him a starting berth yesterday evening at the LIT Gaelic Grounds, wearing the number seven jersey while lining at out centre-field.

The decider was a mere 28 seconds old when he kicked the opening point for the holders and he’d go on to set-up their first goal in a Man of the Match display, as the Kingdom won out by double scores (2-14 to 1-7) to clinch their eighth provincial title in-a-row.