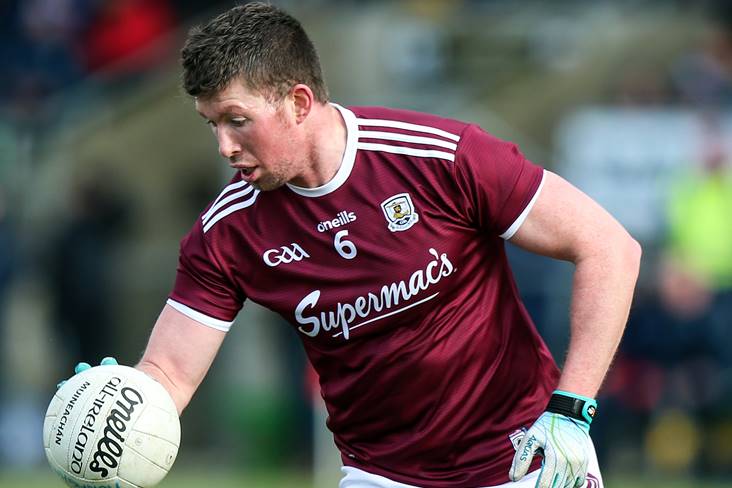 The Moycullen clubman made his league debut in 2007 and championship bow in the following year.

A three time Connacht SFC winner, Bradshaw came on as a substitiute in the Connacht final loss to Mayo in November.

He joins the growing list of senior intercounty players who have announced their retirement in recent days.

In a statement today on the Galway website Bradshaw said: "After taking the time to consider my future since the end of the 2020 inter-county season, I have now decided to retire from playing football for Galway. It's been an absolute privilege to represent the county's flagship football team for 14 years, an honour which I never took for granted.

"I would like to express my gratitude to many, in particular my parents and family, my partner Sarah-Jane, my club Cumann Peile Mhaigh Cuilinn and my former secondary school St. Mary’s College, all of whom have always supported and encouraged me to pursue my dream of wearing the maroon and white.

"I would also like to thank all those who enabled my inter-county career to last for as long as it did, there are too many to name individually but you know who you are and I will always be truly grateful for your help and support."

After 14 years playing with Galway, I’d like to announce my retirement from inter-county football. A huge thank you to my parents and family, my partner Sarah-Jane, friends and teammates who supported me over the years. It was a huge honour to play football for my county. Thanks. pic.twitter.com/3sX3OoNIlD