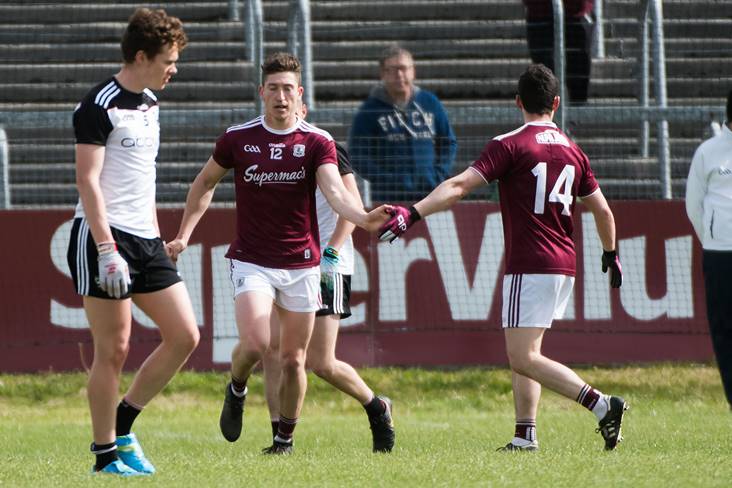 The Galway team that will face Mayo in this Sunday’s Allianz FL Division 1 local derby has been named.

As expected, the Tribesmen – who currently sit top of the table with eight points from five outings – are not able to call upon the services of players from recently crowned county champions Moycullen due to a Covid-19 outbreak.

In a statement, Galway GAA explained: “Moycullen GAA players are unavailable to Galway football at the moment as they are following public health advice to restrict their movements as close contacts.

“There will be no further comment from Galway GAA ahead of this weekend’s action.”

That rules Gareth Bradshaw, Sean Kelly and Dessie Conneelly out of the equation for the Tuam Stadium encounter (2pm) while star forwards Damien Comer and Shane Walsh are also absent from the side announced by Padraic Joyce and his selectors.