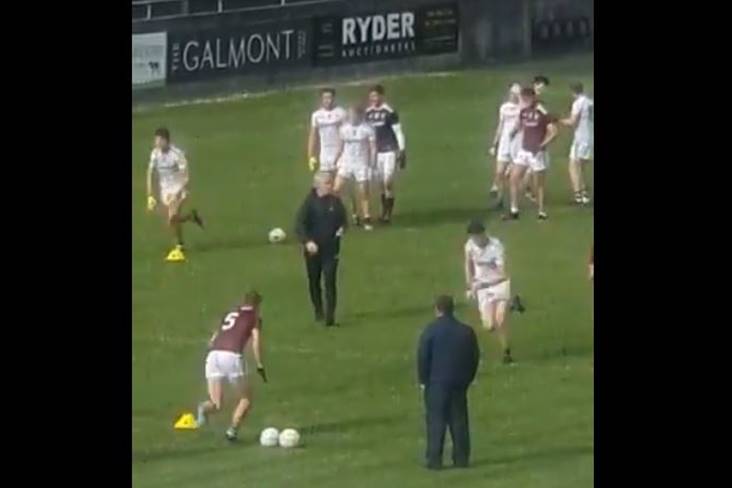 A video posted on Twitter from Tuam Stadium on Sunday afternoon appeared to show the Galway senior footballers being put through their paces by none other than 2012 Donegal All-Ireland winning manager Jim McGuinness.

Speculation is now mounting that the former Donegal supremo has joined Padraic Joyce's Galway senior football management team as trainer ahead of the revised championship season.

McGuinness hasn't been involved in inter-county management since ending his Donegal reign following the 2014 All-Ireland final defeat to Kerry before pursuing a coaching career in soccer overseas.

Here's the clip by An Spota Dubh, we'll let you make your own mind up!