"He instils that confidence in his players" 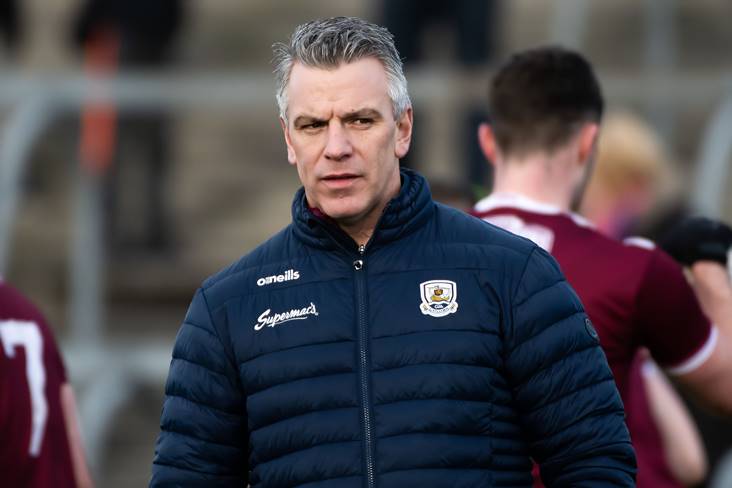 Galway attacker Damien Comer says he’s learned a lot from manager Padraic Joyce during his first season in charge of the team.

After having fully recovered from a fractured ankle he sustained in the latter part of 2018, Comer is expected to line-out against Mayo next weekend as the 2020 inter-county gets set to resume and, speaking on Off The Ball, the Annaghdown clubman says Joyce has been getting the best out of Galway’s stars.

"Anyone who knows Pádraic knows that he is a really confident man," he said.

"He instils that confidence in his players. With him coming in having been a marquee forward who has been there and done it all, his experience is massively telling."

The Tribe forward added: "He is getting the best out of lads. Look at Shane Walsh now and he's playing the best football of his life.

"Padraic has so much invested in Galway football and you know exactly where you stand with him. He will tell you what you're doing wrong and what you're doing right. He will criticise you and he will compliment you and there's no beating around the bush with him.

"If you're performing, he will play you. There's lads now coming in really hot off the club championship and they'll probably be starting against Mayo. His motto is that if you're playing well you will play for Galway."