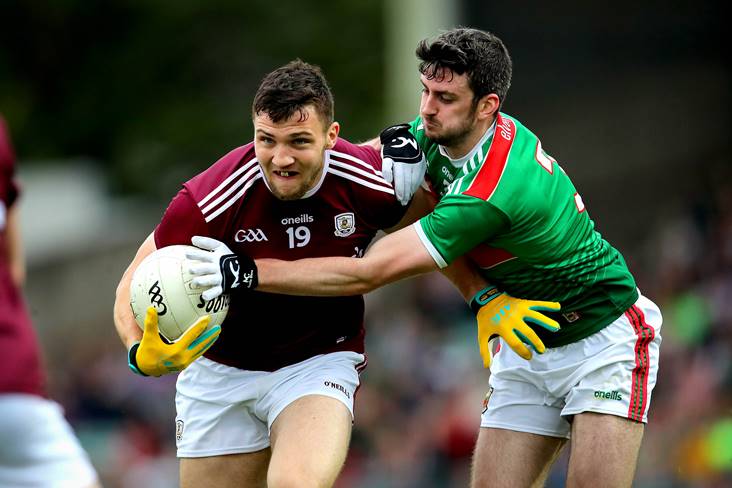 Galway star Damien Comer says lockdown earlier this year was “a blessing” for him as it allowed him to get back to full fitness.

The Galway full-forward’s 2019 season was ruined by a broken ankle he suffered over the Christmas period but the break between March and June allowed him to rehab the joint back to full strength.

The Tribesmen are now set face Mayo in the sixth round of the National League next Sunday week and Comer says he’s relishing the opportunity to pull on the maroon jersey again.

“Lockdown was actually a blessing because coming into the early League games I'd only got my last surgery last November to get to the pins taken out of it so it took me about eight weeks to get back on the pitch after that.

“It was the middle of January before I was on the pitch at all.

“When that happened, I was playing the first two or three League games and I wasn't confident with kicking or anything so just over lockdown I was getting up here to the primary school, to the pitch, kicking balls and doing runs and stuff.

“It probably was the bit of the break that I needed in order to get it fully right so that was one of the positives from it I suppose.”