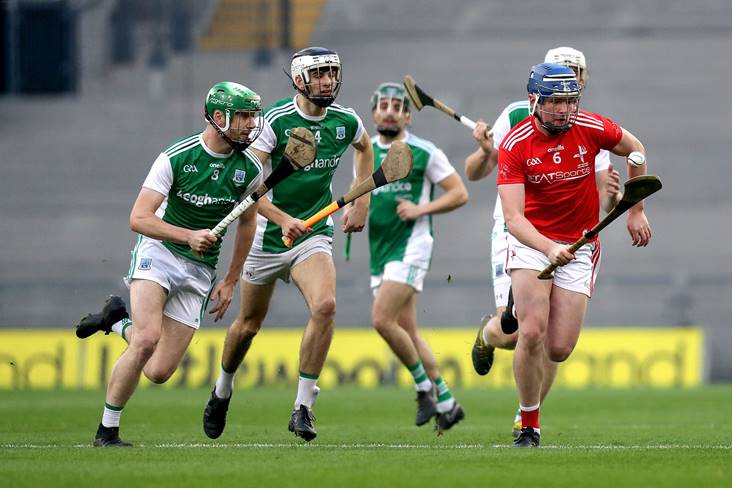 Louth are Lory Meagher Cup champions for the first time since 2016 after seeing off Fermanagh with a dominant second-half display this evening at Croke Park.

Full-forward Andrew Mackin netted a goal in each half for Paul McCormack’s men, with his second strike after the second-half water break putting the victors into a 2-13 to 2-6 lead which proved unassailable.

Searching for their first success in this competition, Fermanagh were three points up midway through the first-half when John Duffy fired a penalty for his side.

A quick goal from Mackin was the Louth response as they went on lead by three at the break and despite conceding a second goal early in the restart, the Wee County would produce the second-half goods to storm to the title and Nicky Rackard Cup status for next year.

Darren Geoghegan’s free opened Louth’s account two minutes into this decider prior to scores from Tom Keenan and John Duffy at the other end steering the Ernesiders in front.

Feidhlim Joyce levelled for the Leinster men but a foul on Daniel Teague by James Costello allowed Sean Corrigan to convert the free and nudge Fermanagh back into the lead.

David Kettle squared the sides for a third time but on 16 minutes the Ulster men would be awarded a penalty which their captain Duffy converted expertly past Donal Connolly in the Louth goal.

The Wee County responded in the best possible fashion, as Mackin ripped through Fermanagh’s centre and booted to the back of the net after losing his hurl on route to goal.

Geoghegan (free) and Paul Matthews sailed over scores to put Louth into their first two-point lead and another from Kettle left the scoreboard reading 1-6 to 1-3 come half-time. 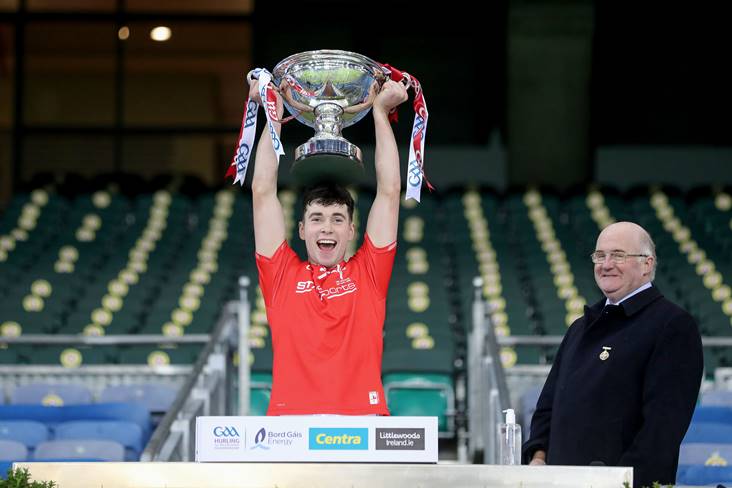 It took Fermanagh all of 30 seconds to wipe away their deficit in the restart as Ciaran Corrigan blasted beyond Connolly to square the sides once more.

Conor O’Shea and Niall Keenan traded points to keep things even ahead of two more Geoghegan frees being converted into the Hill 16 end.

Geoghegan’s fifth free of the evening was backed up by a point off the bench from Ryan Walsh to push McCormack’s charges into a four-point lead, and that margin stood when Ciaran Corrigan saw his second point cancelled out by Conor Deane.

Fermanagh saw three frees fail to hit the target after that though and it would eventually see them behind by four again come the second water break, with Matthews the man adding to Louth’s tally.

Things got worse after the resumption for Fermanagh as brilliant work from Ronan Byrne afforded Mackin the time and space to lash in his second goal past Mark Curry, making it a seven-point game.

Playing with all the momentum, Louth moved 10 in front thanks to points from Geoghegan (free), sub Padraig Fallon and Mackin as a first success in this competition in four years beckoned.

Louth would lose substitute Darren O’Hanrahan to a red card in injury-time, when Duffy and Geoghegan exchanged frees before the latter added another to his tally which saw an 11-point margin at the finish.