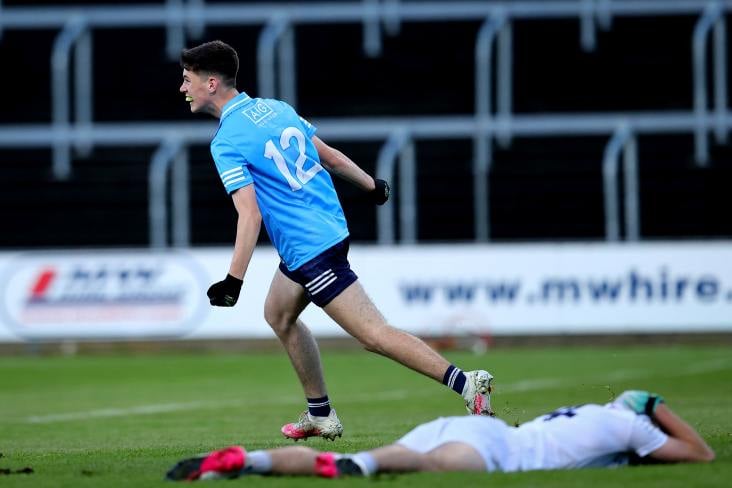 It finished 2-10 to 0-8 at MW Hire O'Moore Park, where Ryan Mitchell and Luke O’Boyle netted the majors for the winners as they clinched their county’s 34th provincial success in the minor grade.

It was Kildare that edged the lead at the game’s halfway stage thanks to a couple of Killian Browne frees but their neighbours would up it a gear after the turnaround, firing 1-2 in the first four minutes.

Corner-back Mitchell struck a superb finish high into the Lilywhites’ net and points from O’Boyle and Paul Reynolds-Hand either side of that strike saw the Dubs move four in front.

Browne, who finished with all of one but Kildare’s final tally, kept his side in touch but the game would be well and truly up for them once O’Boyle sent in the capital lads’ second goal to settle the issue.

The result provides some revenge for Dublin after losing out to Kildare in the Leinster U20 final and the two counties are set to meet on another provincial decider stage on Saturday week when Dessie Farrell’s men take on Glenn Ryan’s charges for the Delaney Cup at Croke Park.

Our Minor Footballers are waking up this morning as Leinster Champions, after victory over Kildare last night 💙