"We've done a lot of hard work behind the scenes" - Fenton 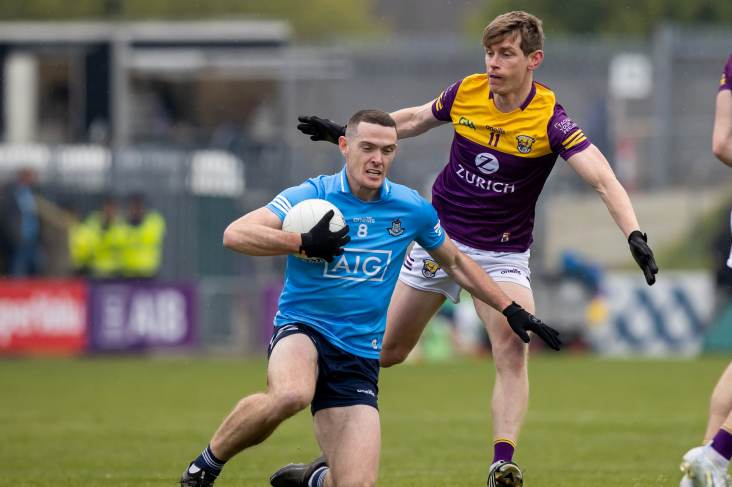 Brian Fenton says Dublin have done a lot of hard work behind the scenes and are hungry for more success this summer.

The Raheny clubman was speaking after Saturday evening's 23-point win over Wexford in the quarter-finals of the Leinster championship and said it had been a long few months after last year's All-Ireland SFC semi-final defeat to Mayo.

"It's great to be back up and running in championship football.

"We struggled a lot in the league with our shooting efficiency. Just getting that back up to scratch a little bit, getting some injured lads back on the pitch is great. I'm sure everyone can agree, to see the likes of Con O'Callaghan back on the pitch, Paddy Small on the bench today, James McCarthy coming back in.

"Hopefully our panel is getting stronger, and hopefully that will stand to us later in the summer and in the semi-final of Leinster.

"There's a bit of a chip on the shoulder. We're hungry for more success, despite all the years of success that we've had. I know our supporters are very, very hungry for success. We've a lot of new lads, a young crop and a very hungry crop as well. Hopefully we can do ourselves justice later in the summer and certainly the next day in the Leinster semi-final."