Dublin to play Meath as Leinster SFC semi-final draw made 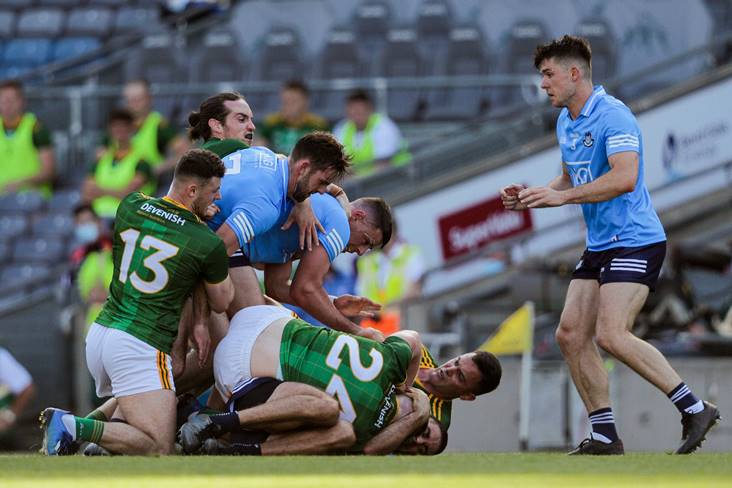 Dublin and Meath players scuffle off the ball. ©INPHO/Brian Reilly-Troy.

Dublin will play Meath and Kildare will face Westmeath in the Leinster SFC semi-finals for the second succesive season after the draw was made live on the Sunday Game.

Fixture details for the Delaney Cup penultimate ties will be announced at lunchtime tomorrow.

Kildare defeated Louth, while Westmeath overcame Longford to progress to the last four.