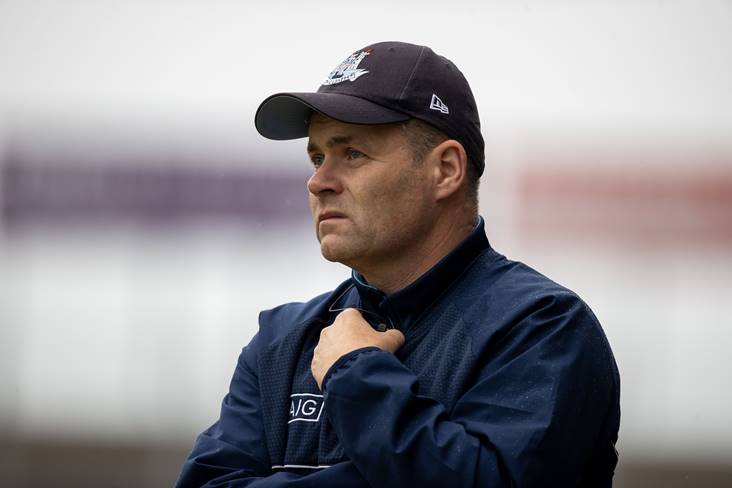 Dessie Farrell has expressed satisfaction with Dublin's start to the 2022 championship but is expecting a much tougher test around the corner.

The relegated Dubs put their league woes behind them as they hammered Wexford in a one-sided Leinster SFC quarter-final on Saturday evening.

"We struggled for long periods of the game last year when we came down here to play Wexford, so it was a little bit different this time around," Farrell told DubsTV following his side's 1-24 to 0-4 victory at Chadwicks Wexford Park.

"We're pleased with the consistency of the performance throughout the 70-75 minutes... At the end of the day, it's still the first round of the championship for us, there's a big step up in class coming for us in two weeks' time and we need to be ready for that."

Con O'Callaghan was one a number of players to return from injury and caught the eye with a 1-6 haul.

"We've been unfortunate through the league with a lot of injuries and we performed poorly through the league as well so there's no getting away from that... it was good to have players back and there's some young players that got experience tonight which is good in terms of the integration of those individuals."