Donal Burke helped himself to 0-18 as Mattie Kenny's Dublin made it two wins from as many outings in the Walsh Cup campaign.

The Dubs demolished Galway by 3-29 to 0-19 at Parnell Park, handing Henry Shefflin his first defeat as Tribe manager.

Kilkenny legend Shefflin started his Galway reign with victory over Offaly last week and opted for a similar experimental line-up but the hosts proved too strong, with Na Fianna clubman Burke, in unerring form from placed balls, almost outscoring them in the end.

Having scored seven points in-a-row to lead 1-16 to 0-8 at half-time - Rian McBride with the opening goal - Dublin had further green flags from the Crummey brothers, Chris and Paul, on the resumption as frees by Burke helped to keep clear daylight between the teams. 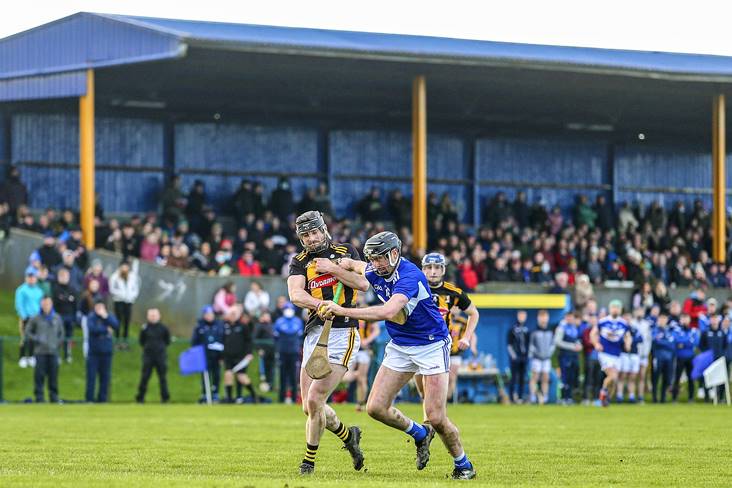 At the John Locke's GAA gounds in Callan, Brian Cody reached a career milestone when he took charge of the Kilkenny seniors for a 24th consecutive season, surpassing Sean Boylan's record with the Meath footballers.

Shane Walsh, brother of eight-time All-Ireland winner Tommy and current star Padraig, top scored with 0-8 as the new-look Cats ground out a 1-27 to 0-24 victory over Laois.

Emmet Landy's 12th minute goal drew Kilkenny level after a slow start but Laois replied with points from Ross King and Podge Delaney to lead narrowly at half-time (1-9 to 0-13).

Seamus 'Cheddar' Plunkett's charges were never headed until Walsh's sixth point in the 49th minute put the home side in front for the first time.

In another thrilling high-scoring contest, Michael Fennelly's Offaly enjoyed a 3-18 to 0-21 win against Antrim at Bord na Mona O'Connor Park.

The Faithfuls laid the groundwork for their eyecatching success in the first-half, at the end of which they led by 11 points, 3-12 to 0-10, mainly thanks to goals from Luke Nolan (2) and Eimhin Kelly.

Antrim were on top after the break and had the deficit down to four points at one stage, however, goalkeeper Stephen Corcoran pulled off a string of fine saves to keep the Saffrons at bay.