Another step forward in the move towards equality in Gaelic games 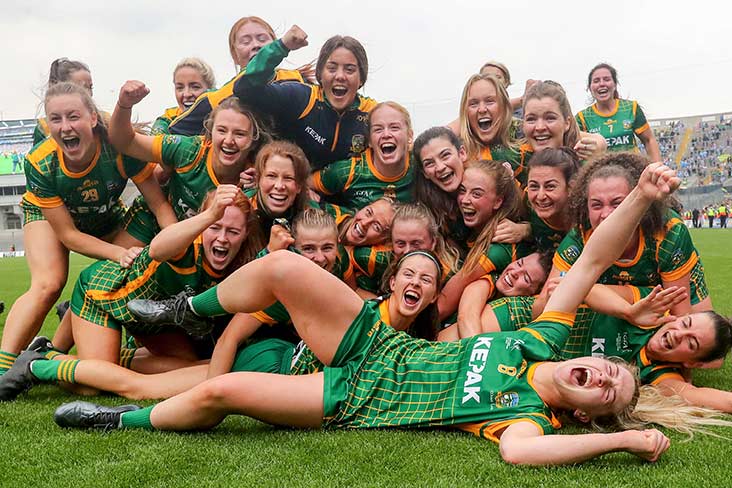 In another step forward in the move towards equality in Gaelic games, the Gaelic Players Association (GPA) has come together with the country’s two leading sports and sponsorship agencies to agree a pledge, that will see female inter-county players compensated at the same level as their male counterparts for promotional activity on behalf of brands and sponsors, where the same work is carried out.

In a first for the sports industry in Ireland, Teneo and Wilson Hartnell have signed a pledge in this regard, re-affirming their already ongoing commitment to equal treatment for female athletes.

As part of this arrangement the GPA have designated both as their preferred sports and sponsorship agencies and will endorse them to existing and new commercial partners.  As such, they will each also be given a prominent position on the GPA website.

Teneo and WH represent many of the sponsorship industry’s biggest names and have an unrivalled heritage when it comes to Gaelic games.  They have also have long been to the fore when it comes to promoting female athletes and this latest development again sees them show leadership in this regard.

They have each signed a pledge stating; “We, the undersigned, will work with the GPA to strive for equal treatment for male and female inter-county players in our industry and will, at all times, use the best of our endeavors to ensure that is recognised in the work we do on behalf of our clients.  This includes how players are compensated for their work on promotional activity, sponsorship activation and product endorsements.  In signing this pledge, we hope that our influence within the sporting industry can further bolster the movement towards equality for female athletes, a movement we whole heartedly endorse and in which we have long sought to take a leading role.”

Welcoming today’s announcement on behalf of inter-county players, GPA Equality, Diversity and Inclusion Manager Gemma Begley said; “Equality for our female membership is a key pillar of the work we do on behalf of players.  It is heartening, but not surprising, to see WH and Teneo sign up to this pledge.  We are well aware of the work they do and their culture of promoting female athletes.  To see them set commercial challenges aside to come together in this fashion shows their genuine commitment to the equitable promotion of female sport and female athletes.  We are proud to recognise them as our preferred sport and sponsorship agencies.

“It should also be said that this is not a closed shop by any matter of means.  Should other agencies want to get involved they should not hesitate to contact us.”

This is the latest move towards equality for female inter-county players since the merger of the GPA with its sister association, the WGPA, last December.

Already equitable public funding has been secured through government grants, while the GPA has also reshaped its board of directors to have a 50:50 gender split and the executive officers on its National Executive Committee are also divided equally.

Former Tyrone footballer Begley was appointed as Equality, Diversity and Inclusion Manger within the association to oversee work in this area earlier this week.