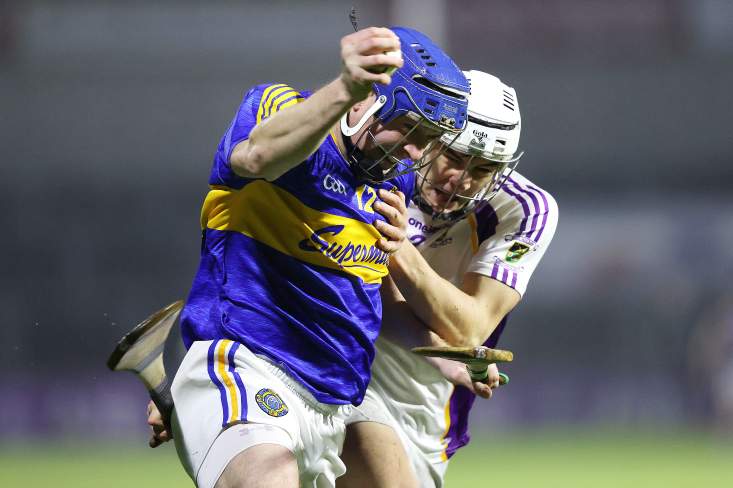 Clough-Ballacolla are through to a first ever Leinster club senior hurling championship final after holding off Kilmacud Crokes in Portlaoise this evening.

It finished 1-16 to 1-13 in favour of the Laois champions at O’Moore Park, where ace attacker Stephen ‘Picky’ Maher weighed in with a decisive 1-8 over the hour for the victors.

Maher’s fifth minute goal helped the home side to lead by 1-6 to 0-4 at the first water break, before Ronan Hayes hit some form at the other end towards the end of the first-half to trim the margin down to four (1-9 to 0-8) by the interval for Crokes.

Caolan Conway and Stephen Maher exchanged points after the turn around and the gap remained until the Dublin champions got their goal in the 43rd minute after Oisin O’Rorke latched on to loose possession and dispatched to the net.

A Maher free was the response but substitute Mark Howard kept it at the minimum heading for the closing quarter in Portlaoise.

Two more Maher scores steadied the Clough-Ballacolla ship as Stephen Bergin and Hayes cancelled each other out in the late stages and another from Maher would cap off the memorable three-point win for the O’Moore County men.

Their prize now is a date with either Ballyhale Shamrocks (Kilkenny) or St Rynaghs (Offaly) next Sunday, December 19th in the province's decider.

It’s half-time in the Leinster SHC semi-final and @Clough_Bcolla lead @KCrokesGAAClub 1-09 to 0-08 at the break with Stephen ‘Picky’ Maher claiming the only goal of the half. Watch live coverage on @RTE2 #RTEGAA pic.twitter.com/QGXAxu7l1B