"Every game is different, there's nothing been decided upon yet" 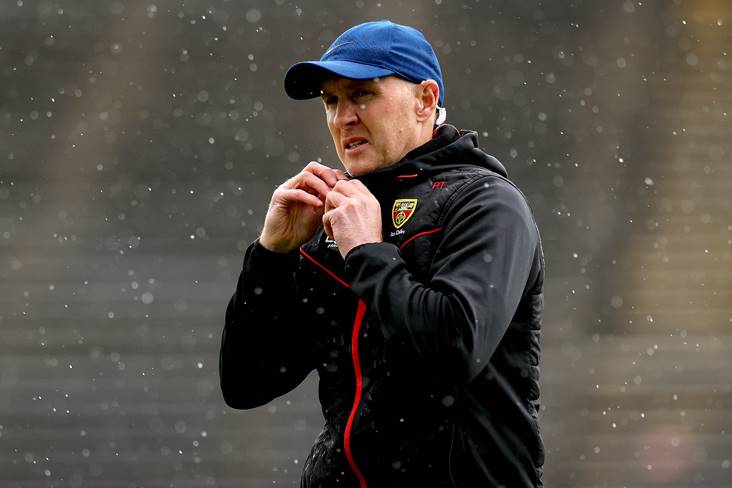 Down are ranked as outsiders to defeat Donegal in this weekend’s Ulster SFC first round clash but manager Paddy Tally has no intention of waving the white flag.

The Mourne County boss and his players will welcome Michael Murphy & Co to Pairc Esler this Sunday and, speaking to GAA.ie, he said: “Every game is different, there's nothing been decided upon yet.

“One thing we want to be against Donegal is competitive. We know if we can do that we've a chance.

“But ultimately we have to ensure that we perform well and there has to be an intensity and high level of work-rate among the Down players on Sunday. Donegal are vastly experienced, we know that, we're no fools.

“When you think of what Donegal have achieved since 2012/2013, they have so many experienced players. They also have introduced a number of exciting younger players. It's not the Donegal of old, because if you look at the forward line you have Oisin Gallen, Michael Langan, Ciaran Thompson.

“There's three young fellas and they really are super players. You've also young O'Donnell at centre-forward, so four young boys mixed in with Paddy McBrearty and a couple of older players

“Donegal have it a lot of way. Not just in terms of experience, they have a lot of really good young players as well.

“I think Donegal have a really good mix at the moment and we know it's going to be a serious game and a serious challenge for us.”

Tally confirmed that he is planning without the services of Johnny Flynn after the midfielder sustained an injury in training.