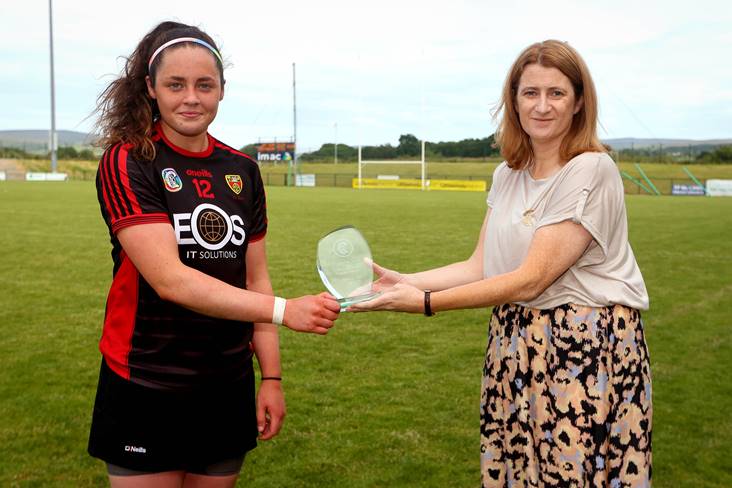 Down's Sorcha McCartan is presented with the player of the match award by Camogie President Hilda Breslin. ©INPHO/Ryan Byrne.

See a bullet of a goal for Down in their Littlewoods National League Division 2 Final win over Antrim, and Sorcha McCartan dedicating it as a Fathers Day present for 1994 All Ireland winner Greg.

Castlewellan forward Sorcha pounced on a loose ball late in the first-half and drove an unstoppable shot to the top corner of the net.

'I don't usually score goals but I heard the shout to go for goal and I just decided to go for it and it went in', says Sorcha who resisted copying Greg's famous Celtic Park celebrations after the win over Derry in '94.