"We know it's going to be a difficult test" - Bonner 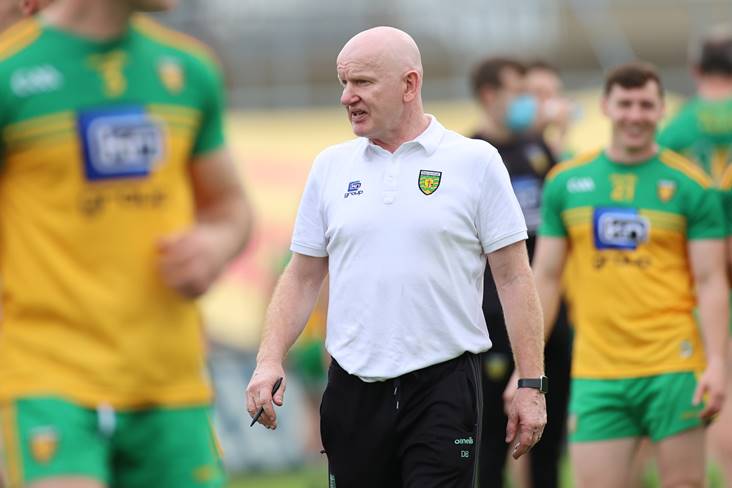 Donegal boss Declan Bonner says he has been impressed by Derry’s form thus far this season and says his team are looking forward to the challenge they’ll bring this weekend.

For the first time since 2011, Donegal and Derry will square off in the Ulster senior football championship final this Sunday in Clones (throw-in 4pm), with the Oak Leafers looking to secure their county’s first Anglo-Celt Cup success in 24 years.

Speaking to RTE Sport ahead of the derby decider, Bonner says he expects another battle against Rory Gallagher’s in-form side.

"We played them last year in the Ulster championship, and it was a very late score from Patrick McBrearty that got us over the line," he said.

"Watching them throughout the National League they were very impressive. Once they beat Tyrone the question was being asked if they could do it against Monaghan.

"They answered those and put back-to-back big performances together. We know it's going to be a difficult test but it's a challenge that we're really looking forward to."