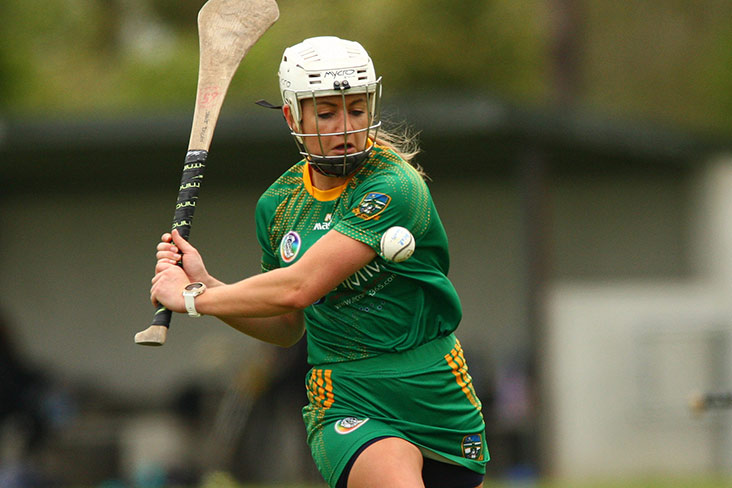 Meath completed the semi-final line-up for the All-Ireland intermediate camogie championship, as a result of their thrilling 2-12 to 2-10 victory over Derry at Inniskeen.

The Royals join Antrim, who overcame Kerry by 4-19 to 1-7 yesterday, as well as Galway and Kilkenny, who had qualified directly to the penultimate round as group winners – groups in which Meath and Antrim finished runners-up in respectively.

Meanwhile, Roscommon had just too much firepower for a gallant Cavan to reach the last four of the premier junior championship, prevailing by 2-11 to 1-8.

Also still in contention for ultimate glory are champions Armagh, who came out on top of a humdinger with Limerick by 1-16 to 3-8 yesterday, as well as Clare and Wexford. Interestingly, just like in the intermediate grade, the semi-finalists have all emerged from two of the three groups.

Meath were marginally in front at half-time, by 1-7 to 1-5, after Máire Kirby had goaled for victors, Dervla O’Kane rattling the net for Derry after a Louise Dougan free had caused a bit of disarray in the winners’ defence.

Perhaps the critical moment of the game was Aoife Minogue’s brilliant goal soon after the restart.

Veteran Jane Dolan continues to provide leadership and she registered six points in another of a long litany of tremendous performances in green, with half of that tally coming from play, while Amy Gaffney also provided a brace.

Derry were always nipping at their heels though, Áine McAllister proving accurate from placed balls, which were responsible for seven of her nine points, and an Aoife Shaw goal breathed new life into their prospects as they got back to within a point with seven minutes remaining.

Dolan’s last two points stretched the margin to three and she was then denied a goal by a fantastic save from Niamh Gribben but Derry’s only answer was a Shannon Graham point, meaning it is Meath closing in on a return to the senior ranks, having gone up after last winning the intermediate crown in 2017.

Two goals from Leah Rowe ensured that Roscommon were always able to keep Cavan at arm’s length. The sides were level on 0-5 apiece when she struck for the first after 29 minutes and a Shauna Fallon point from a free had it 1-6 to 0-5 at half-time.

Clodagh Keenaghan and Fallon exchanged three points each in a tight encounter but Fallon and Niamh Watson opened the gap to six when Rowe nabbed her second major in the 60th minute.

There was still time for Lorna Cahill to hit back with a green flag for Cavan, and their efforts merited that score but Roscommon had done enough to advance.