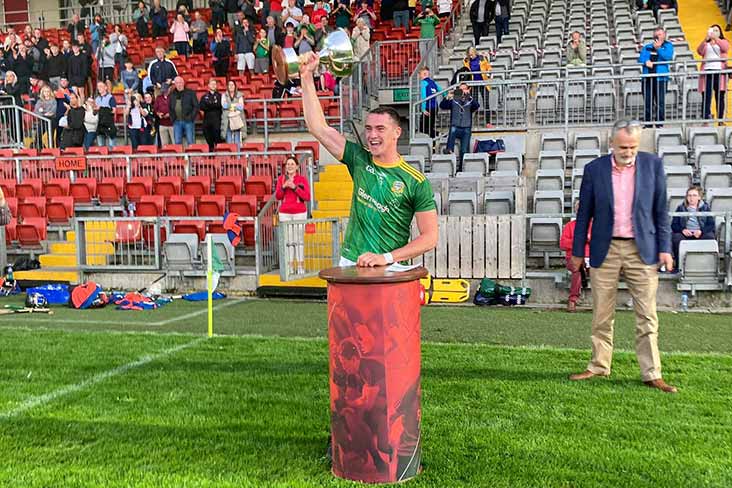 Meath were crowned Richie McElligott Cup, All-Ireland U20 B hurling championship winners tonight with a 2-19 to 0-19 win over Derry at Pairc Esler.

A brace of goals from Trim's Mickey Cole proved crucial for Peter Durnin's charges in this gripping decider.

Derry had made the better start in Newry but the game was all square at the break on 1-8 to 0-11, with Cole's first goal coming on the 20-minute mark.

The teams were still tied 1-12 to 0-15 with seven minutes gone in the second-half and the bare minimum separated them prior to Cole grabbing his second goal with 12 minutes to go.

Derry narrowed the gap to four points but the Royals finished strong with scores from Justin Coyne and James Murray to seal the victory.