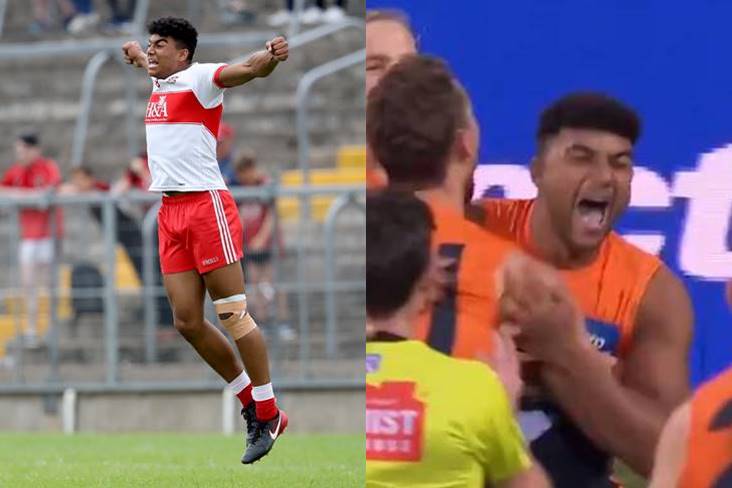 One to remember Down Under for Derry's Callum Brown.

Derry star Callum Brown enjoyed an AFL debut to remember as he scored two goals for GWS Giants in their surprise round 21 win over Geelong Cats.

Brown, who became the first Limavady Wolfhounds club member to represent Derry in an All-Ireland final when lining out in the 2017 minor football decider against Kerry at Croke Park, carved another little bit of history for himself Down Under on Friday.

Making his first start in one of eight injury-enforced changes from last week's defeat to Port Adelaide, the 20-year-old played 71 minutes of the GMHBA Stadium clash, kicking his first six-pointer to help push the Giants into a commanding 16-point quarter-time lead.

He then added his second goal after half-time as the Giants went on to record a 84-65 victory, boosting their hopes of a top-eight finish and a place in the play-offs.

Callum Brown gets his first AFL goal and don't the Giants absolutely love it!