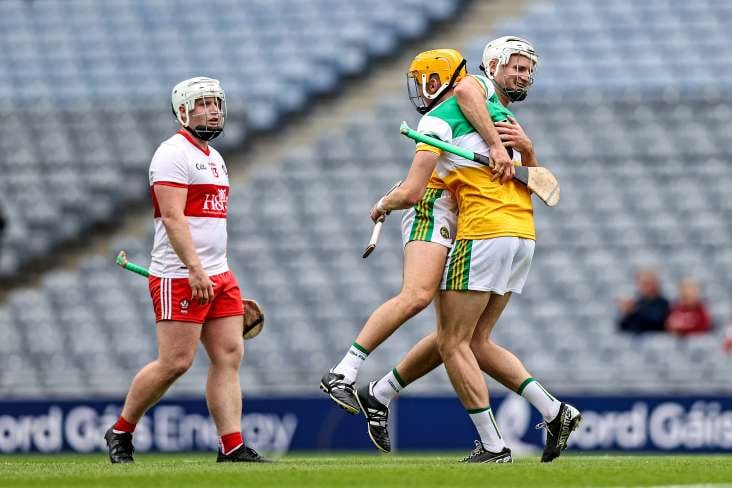 Offaly are 2021 Christy Ring Cup champions after cruising past Derry in this afternoon’s decider at Croke Park.

It finished 0-41 to 2-14 in the Faithful men’s favour and, in truth, the result was never in doubt once they surged 0-12 to 0-3 in front come the first water break at headquarters.

Eoghan Cahill, who finished with 0-13, got the victors’ motoring early as their only real blip in the first-half would come in the form a Gerald Bradley goal for Derry in the 20th minute.

Michael Fennelly’s men kicked on though and would be in a commanding 0-19 to 1-7 lead come the interval.

Cahill (3), John Murphy and Oisin Kelly would raise the Faithful County's tally to 0-25 within 10 minutes of the restart and they’d be 20 points to the good by the time Odhran McKeever netted Derry’s second goal in the 62nd minute.

Shane Dooley, Aidan Treacy and Shane Kinsella raised the white flags that cancelled out McKeever’s major before Damien Egan struck Offaly’s 40th point of the afternoon with a minute remaining.

The resounding victory marks Offaly’s first triumph in the competition and means they can now look forward to hurling in the Joe McDonagh Cup next year.

Congratulations to the Offaly hurlers on an emphatic victory in the Christy Ring Cup final at Croke Park today pic.twitter.com/F5lZxM7lJC