Goals from Paddy Meade and Peter Corrigan in either half saw the Meath border men over the line in an impressive 2-12 to 0-10 victory over the competition’s favourites.

Meade’s major boosted the Stars’ hopes right on the eve of half-time, as they took a 1-6 to 0-4 lead at the break after having lost county man Padraig Faulkner to injury 23 minutes in.

Points from Martin Dunne and Sean Johnston (2) helped narrow the gap down to four by the second water break, after a couple of Barry Reilly frees had kept the scores flowing for Kingscourt.

The Stars’ stingy defence kept their opponents’ goal chances at a premium and with seven minutes to go the outsiders would have one foot in the final.

Some superb individual work from midfielder Corrigan afforded him the time and space to race through and rattle Ciaran Flynn’s net.

At 2-9 to 0-8, the Gaels were sorely in need of goals but they never came their way and instead had to settle for points from Gearoid McKiernan and Johnston (both frees), as Cian Sheckleton and Reilly answered at the other end to put a seal on Kingscourt's first SFC final berth in five years. 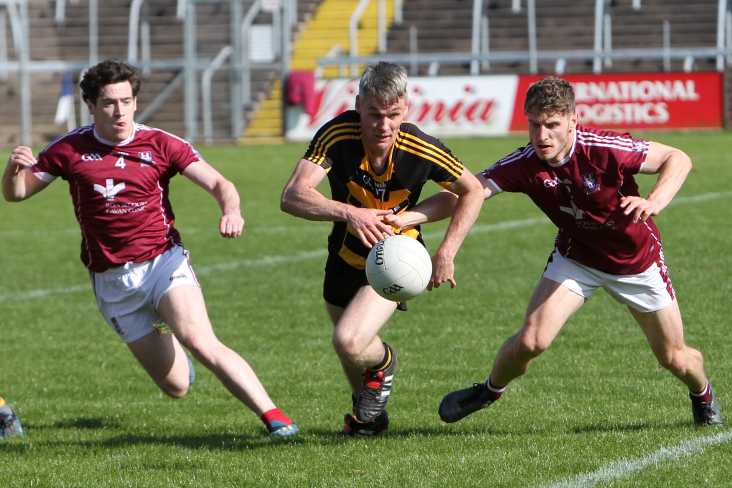 Earlier in the day, Crosserlough and Castlerahan served up a cracker in Cavan town that saw the former emerge 2-16 to 0-16 winners after extra time.

Mark Stuart’s penalty early in the second-half of extra time proved to be the winner for the Kilnaleck men as they avenged their 2018 loss and set-up a first county final date with Kingscourt in 29 years.

Castlerahan came into this one chasing their sixth consecutive SFC final appearance and had led by the odd point in 13 at half-time thanks to Karl Cosgrave’s free.

However, Pierce Smith’s goal six minutes into the restart surged Crosserlough in front and they’d stay there until Cormac Daly drew the match level with eight minutes to go.

Cosgrave (free) moved the holders a point ahead and they’d double that lead in the 57th minute when Oisin Kiernan broke free to raise the umpire’s white flag.

Patrick Lynch and Kiernan (45) cancelled each other out as the game entered into eight minutes of injury-time, where the points of Ryan Galligan, Shane McVeety and Lynch looked to have won it for the black and ambers prior to Kiernan’s long-range free tying it at the death (0-14 to 1-11).

There’d be no separating the sides in the first-half of extra time, with Paul 'Lukie' Smith (2) trading points with Lynch and McVeety, before Stuart’s penalty put some daylight between them and James Smith sailed over the insurance to seal Crosserlough’s date with the Stars next Saturday night at Kingspan Breffni (throw-in 7.15pm).