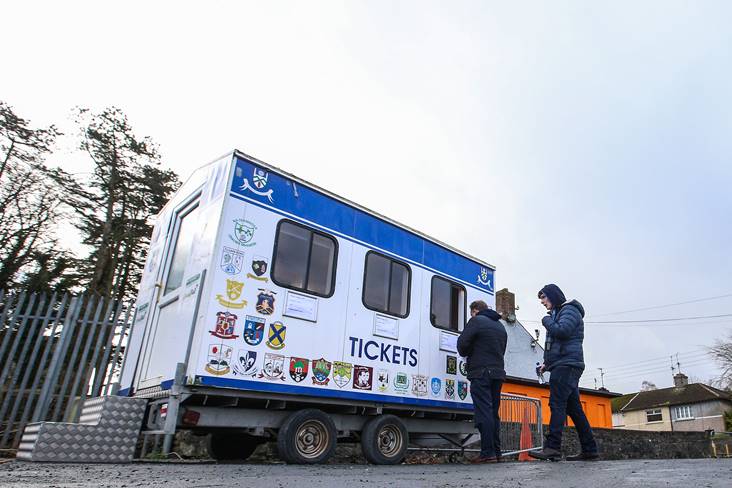 A ticket van in operation outside St Tiernach's Park, Clones before the Allianz FL Division 1 round 1 clash between Monaghan and Dublin. ©INPHO/Tommy Dickson.

Season Ticket holders have been told by Croke Park that their 2020 Inter County Season Tickets have been cancelled and partial refunds will be issued.

Today the Croke Park ticket office wrote to Season Pass holders to inform them that refunds of €40 for adult tickets and €10 for Juveniles will be processed in the coming weeks. Adult tickets cost €120 at the start of the year.

“Due to the ongoing Covid-19 pandemic and with no clarity on the potential number of spectators allowed in attendance for our postponed Inter County Championship later in the year we have been let with no option but to cancel your GAA Season Ticket for 2020,” wrote the GAA Season Ticket Office to Season Ticket holders.

“Your Season Ticket will not be eligible or the remainder of the 2020 season.”

“We have delayed taking this step until now as we hoped that Government Guidelines would be eased to the point where we could accommodate all Season Ticket holders to attend their chosen games. This is becoming increasingly uncertain and had led us to make this unwelcome decision.”