"If you'd asked me 12 months ago would I be here, I'd never have imagined it" 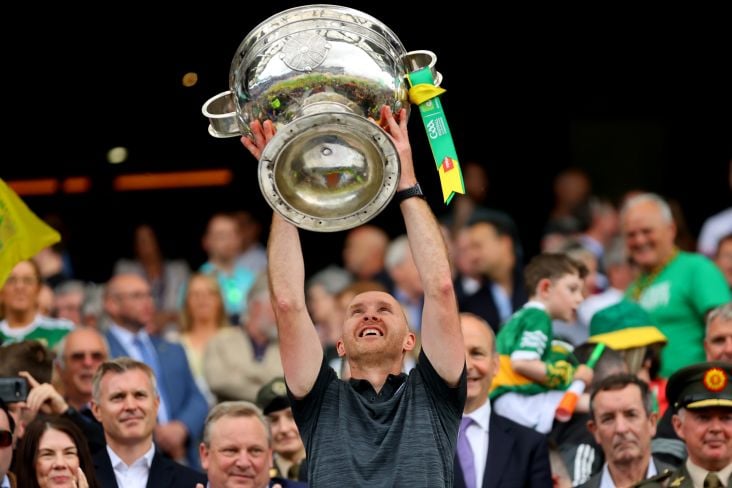 Kerry coach Paddy Tally says he could never have imagined being part of the Kingdom’s set-up this time last year.

The Tyrone native was brought on board by Jack O’Connor last October after having departed his role as Down manager that July.

Sunday saw him lifting the Sam Maguire Cup at Croke Park as a key part of O’Connor’s set-up and, speaking to RTE Sport yesterday, the highly rated coach said he was made feel welcome from ‘Day One’ of walking into the Kingdom’s dressing room.

"If you'd asked me 12 months ago would I be here, I'd never have imagined it," said Tally.

"Jack approached me and initially he was thinking of staying with Kildare and he asked me would I be interested in working with the Kildare team.

"But then when he decided to go to the Kerry job again, he said would I be interested in working with the Kerry for a year.

"As it worked out, I was on a career break for the year and it's been a lovely journey for me."

He added: “I felt very gratified to Kerry for the warmth they showed me to come into the group coming from where I come from and we have a fierce rivalry with Kerry as well. The Tyrone rivalry has sort of become embedded in our games. But when they brought me in here, they made me very welcome and showed me that sort of respect, took on the ideas I was trying to work out with them.

"It's been lovely and it's worked out nicely this year."