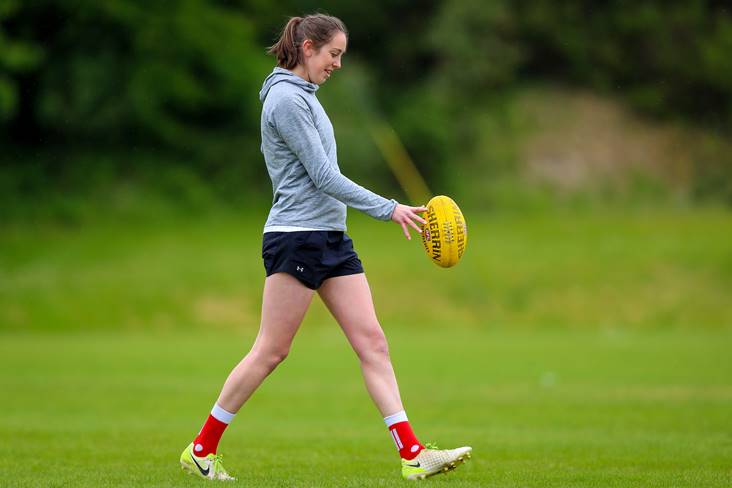 Leitrim’s Aine Tighe has re-signed with Fremantle in a deal that will keep her at the AFLW side until the end of next season at least.

The 27-year-old missed out on the 2020 season after suffering a second cruciate injury and is understood to be one of 11 players to sign a new deal after Fremantle completed their Sign and Trade Period overnight.

It has also emerged that Louth star Katie Flood will not be returning with the Aussie Rules side in 2021 because of “personal reasons”, but may join up with the squad in the future according to a statement released by Fremantle yesterday.

“Forward Kate Flood will not return to Fremantle for the 2021 season due to personal reasons. However, Fremantle are working with the AFL to investigate options to re-list Flood for future seasons,” the statement read.