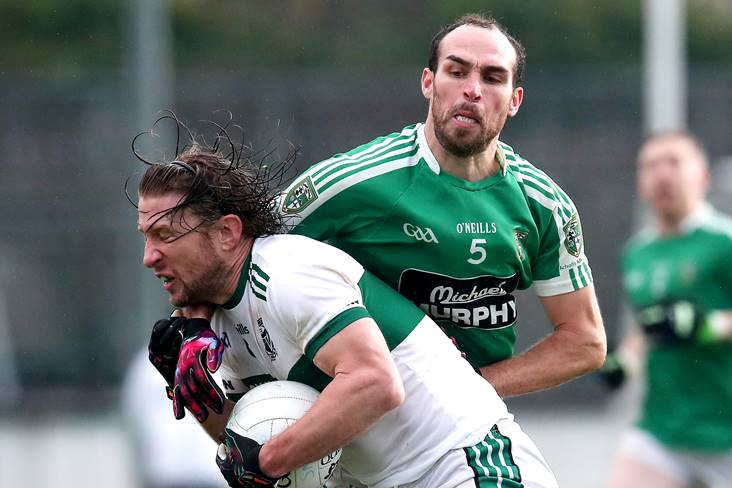 The experienced Portlaoise man had been commuting back and forth from London to line out for his home club and county since 2011, but the 34-year-old saw little game time last season due to the Covid-19 restrictions. In 2019, he suffered a cruciate ligament injury for the second time in the space of 18 months.

A primary school teacher based in Richmond in south west London, Healy has won a remarkable twelve county SFC medals and two Leinster club SFC titles with Portlaoise. He was part of the last Laois side that claimed the All-Ireland minor football championship title in 2003.

Portlaoise GAA paid tribute to Healy in a post on Facebook, describing him as "one of the great players in the history of our club."

"We take this opportunity to share the news that Cahir Healy has transferred to London GAA where he has lived for a number of years.

"Cahir has been one of the great players in the history of our club in both hurling and football, a true warrior and a leader of men.

"He distinguished himself with the quality of his play, with his strength, tenacity and his refusal to give up or give in whenever he played for "The Town", and for Laois, in both codes.

"The resilience he showed in coming back from a number of serious injuries in recent years, and the dedication to commit fully for club and county whilst living overseas was astounding and outstanding.

"All the time he conducted himself with integrity and honour. Well done and thank you Cahir on behalf of your second family - all in Portlaoise GAA club."