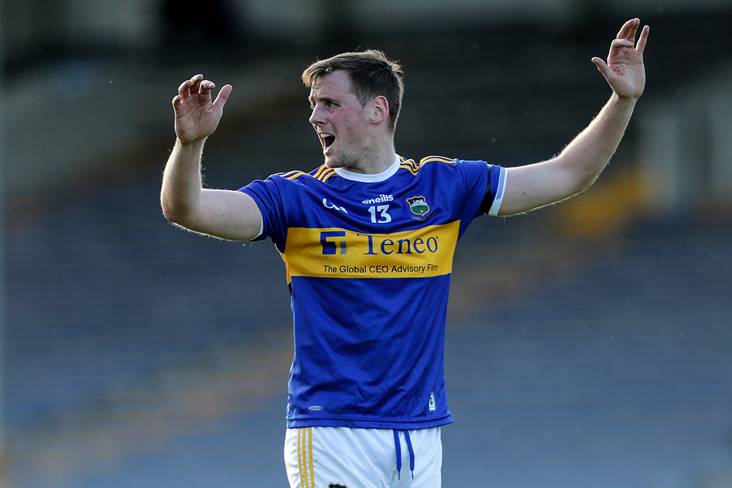 Tipperary boosted their Allianz Football League Division 3 survival hopes with a 1-16 to 0-16 victory over Offaly at Semple Stadium.

Conor Sweeney's 31st minute penalty was crucial for the home side who led by 1-8 to 0-9 at the interval. The penalty was awarded for a foul on Michael Quinlivan.

Scores from Eoin Carroll and Peter Cunningham reduced the deficit to the minimum after the restart as Offaly introduced Niall McNamee to their attack. But despite being reduced to 14 players after Jack Kennedy was black-carded in the 53rd minute, Tipp prevailed thanks to two late points from Liam Casey and another from Sweeney.

The result sees Tipp join Offaly on five points with a round left to play.

In Division 4, Wexford denied Limerick promotion with a 1-13 to 1-10 victory in Rathkeale.

Wexford, under interim manager Shane Roche, laid the foundations for their win in the first half when some fine point-taking by Ben Brosnan and a fortuitous goal from Daithi Waters just before the break helped them to a 1-8 to 0-3 lead.

Half-time sub Tommy Griffin gave Billy Lee's men hope with a goal in the second half, but they left themselves with too much to do as Wexford join Limerick and Wicklow on eight points heading into next weekend's final round of games.