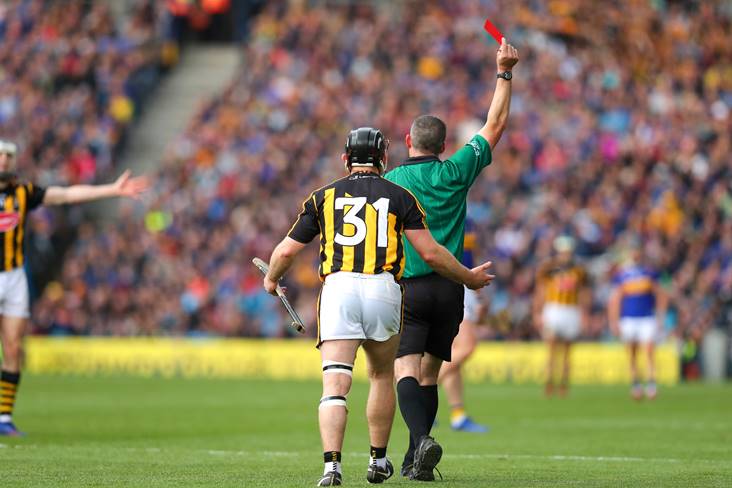 A straight red card for Richie Hogan was the big talking point of the first half of the All-Ireland SHC final.

The Danesfort clubman was dismissed for a high challenge on Tipperary defender Cathal Barrett in the 33rd minute, leaving Kilkenny with just 14 men for the second half.

On The Sunday Game, Hogan's former team-mate Henry Shefflin described the sending off as a 'harsh call', while ex-Cork goalkeeper Donal Og Cusack begged to differ when stating: "The rules are there... that's very dangerous play."