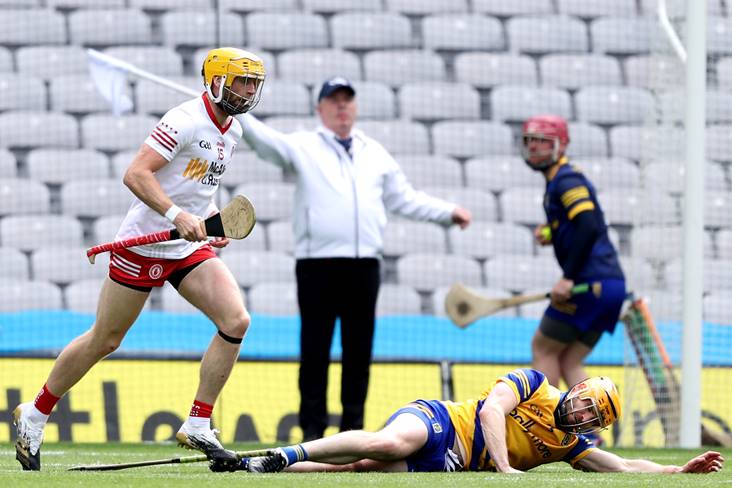 Tyrone went one better than last year when capturing the Nickey Rackard Cup courtesy of a 1-27 to 0-19 victory over Roscommon at Croke Park today.

Beaten by Mayo in the final ten months ago, Mickey McShane's side took charge of proceedings early on and never looked like they were going to slip up, with ace attacker Damian Casey scoring 0-14, a tally matched by Roscommon marksman Daniel Glynn.

A run of seven successive points between the sixth and 18th minutes after Glynn registered his second for the Rossies gave the Reds Hands a 0-10 to 0-2 buffer.

Sean Og Grogan, Chris Kearns, Casey and CJ McGourty were all target for Tyrone during that dominant spell as Grogan (1-3) grabbed the game's only goal from close range on 23 minutes.

Roscommon responded well with Glynn hitting three points to narrow the deficit back down to eight by the interval (1-14 to 0-9), but they were over-reliant on the Padraig Pearses clubman for scores.

Francis O'Halloran's charges did make further headway at the start of the second-half but the Red Hands kept their foot on the throttle to run out impressive winners.