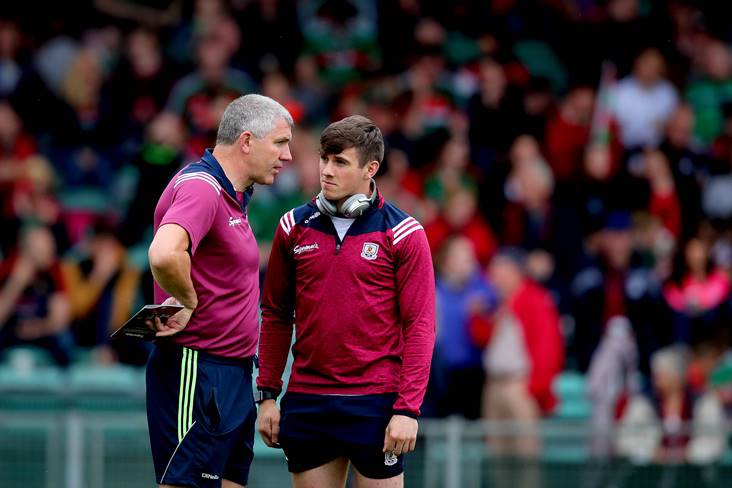 Kevin Walsh has hit out at the “narrative” that Galway were a defence-orientated side during his time in charge of the Tribesmen.

Walsh led his native county for five seasons between 2015 and 2019, winning a Connacht SFC title and reaching an All-Ireland semi-final, as well as a National League final.

Writing in his newly released autobiography The Invisible Game, the two-time All-Ireland winner blasted criticism of Galway’s playing style under his watch.

“We see it now with Galway, where the narrative is that Pádraic Joyce has completely dispensed with his predecessor's systems and freed the poor Galway forwards from oppression," Walsh wrote.

"Yet it was Shane Walsh giving away a penalty in the very first National League game against Monaghan in 2020. Conor Gleeson saved Conor McManus' kick and Galway won by a point.

"Now I understand, it's a new manager, a new story but in actual fact, the old narrative continues. The big bad wolf has been replaced and Joyce will have Galway zipping it around without a care for defensive solidity and structure.

"Pádraic is not a foolish man. He will bring his own strengths and philosophies to the mix of course, rightly so. But he knows that to win an All-Ireland you have to set up well and I wasn't surprised that he didn't throw the baby out with the bathwater; that the arc defence, for example, was still in use to a large degree.

"And we saw him revert to setting up well for the championship outing against Mayo last November - after a gung-ho approach in the first game of resumed activity in the league the previous month had concluded with a 15-point defeat and the concession of 3-23 to James Horan's crew. That kept the heavy-scoring Mayo to just 14 points in the championship, though Galway did not create enough an missed a few scoring opportunities, and fell agonisingly short by one point.

"Yet, seeing Shane continue to work hard for the team in all aspects of the game confirmed how he embraced our coaching."