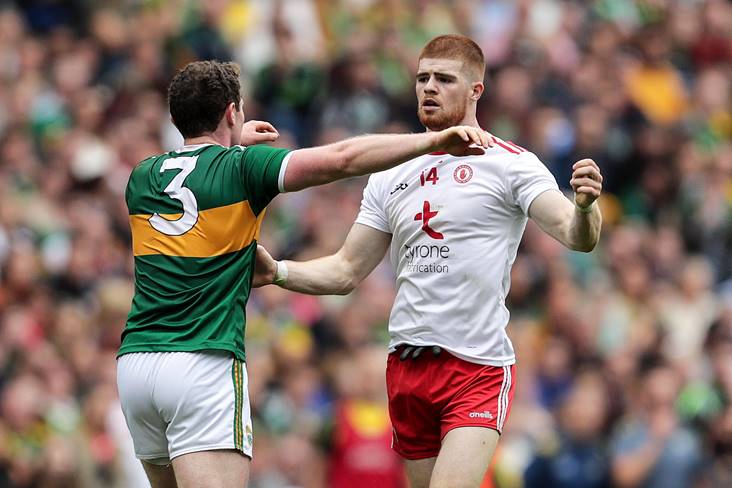 It's not the first time McCaughey has criticised the Laois match official, having also blasted his performance following Tyrone's 2015 All-Ireland SFC semi-final loss to the Kingdom. On this occasion, however, he feels Deegan wasn't entirely to blame for the Red Hands' demise, with criticism also being directed at the management for failing to change their tactics in the second half.

Writing in his report to Tuesday night's annual convention in Garvaghey, the long-serving secretary states: “Playing in their third successive All-Ireland semi-final Tír Eoghain totally dominated the Munster champions in the first half with many excellent personal performances, and held a four-point lead at the interval (0-09 to 0-05).

“On the resumption Ciarraí introduced a couple of substitutes, changed their playing strategy and with the assistance of some very strange refereeing decisions had drawn level by the 56th minute of the game.

“A minute later Tír Eoghain conceded a goal and could not adapt fully to the changed tactics of the opposition; both teams scored a further six points but Tír Eoghain could not create an equalising goal to prevent Ciarraí progressing to the All-Ireland final.”

Despite the disappointment of missing out on a place in the All-Ireland final, McCaughey praises manager Mickey Harte and his management for keeping Tyrone among the top counties.

“Their continued diligent and meticulous work in the preparation of the county’s senior football team enables it to maintain its position as one of the top four teams in the country," he adds.