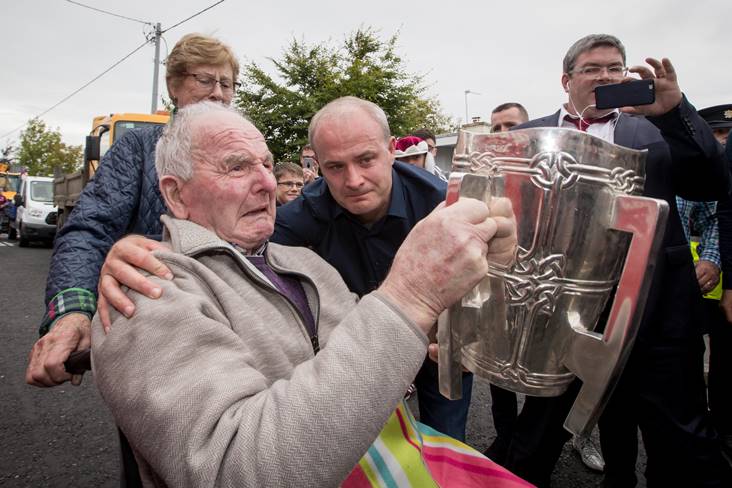 Miko came to national prominence two years ago when INPHO photographer Morgan Treacy captured a wonderful photo of him meeting his son with the Liam MacCarthy Cup at the Galway team's homecoming in Ballinasloe.

The victory clearly meant an awful lot to Miko who was immersed in the GAA all his life and also drove the Galway team bus when the county won All-Ireland SHC titles in 1980, '87 and '88.