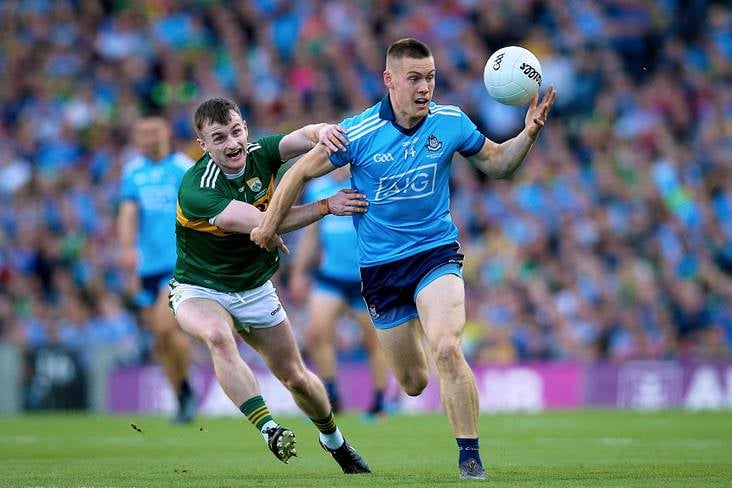 Seven Dublin players are included on The Sunday Game’s ‘Team of the Year’ which was unveiled on tonight’s show while defeated finalists Kerry have three representatives.

The panel of Colm O’Rourke, Tomas O Se and Sean Cavanagh had the job of announcing this year’s team and it was clear that there was plenty of debate surrounding who should and who shouldn't make the team.

One of the main talking points will be the exclusion of Kerry’s scoring machine David Clifford but there was some consolation for him in the form of his selection as ‘Young Player of the Year’.

Another notable absentee is today's 'man of the match' Ciaran Kilkenny.

Sean Cavanagh, meanwhile, revealed that there “wasn’t much debate” when it came to who their ‘Player of the Year’ was – Dublin’s Con O’Callaghan.