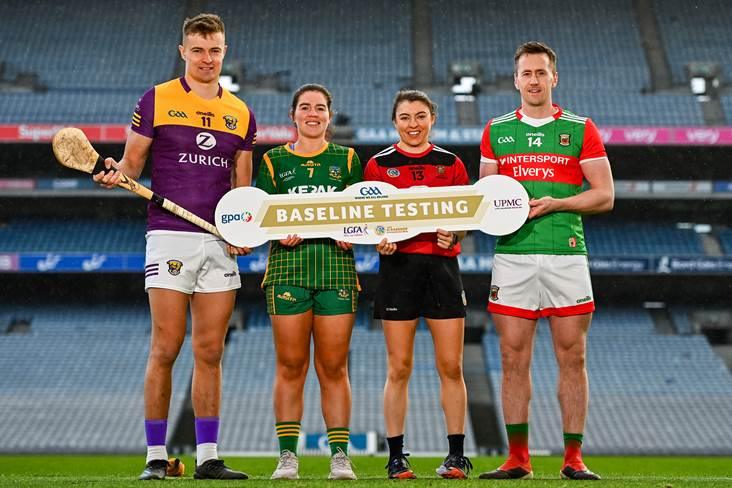 UPMC has joined with the GAA, LGFA, The Camogie Association and the GPA to roll out a concussion baseline testing programme to inter-county players across 32 counties – with the  goal of rapidly diagnosing and treating concussions in players. The initiative, which  begins today, will cover football, hurling and camogie and players will participate  equally across all codes.

Baseline concussion testing will be provided to all inter-county players across Ireland, and these players will also be covered for concussion physician specialist  treatment. This will be delivered using the ImPACT concussion testing model,  evidence-based, neurocognitive assessment software co-developed by UPMC  concussion specialists. ImPACT, which stands for Immediate Post-Concussion  Assessment & Cognitive Testing, is an objective tool to support trained clinicians in  making return-to-activity decisions following concussions.

This announcement builds on UPMC’s pilot programme for baseline testing that was  launched in 2021 for the GAA. It also follows a recent conference in September  between UPMC and GAMA (Gaelic Athletic Medical Association) in University  College Dublin, where Michael “Micky” Collins, Ph.D., director of the UPMC Sports  Medicine Concussion Programme in Pittsburgh, and his colleagues presented on  their latest research and treatment protocols.

GAA President Larry McCarthy said, “A considerable effort has been made in the  area of education and awareness among players and coaches in relation to  concussion and it requires constant vigilance. This latest development between  leading experts in UPMC and the Gaelic Games Associations is not only welcome  but vital to ensure best practice is being followed. Although this is a programme that  focuses initially on inter-county players our intention is to see the benefits of the  programme made available to clubs and to every player at every level as soon as  possible.”

Uachtarán ACC Hilda Breslin said, “We are delighted to be joining with UPMC and the Gaelic Games family on this National Intercounty Concussion Baseline Testing  Program. The welfare of our players is paramount, and we hope this program will not  only help ensure our players have the right medical treatment if they sustain a  concussion, but it will also provide important insight on concussive incidents in our  games."

President LGFA Mícheál Naughton said, “Confirmation of the baseline testing  programme for inter-county players is a most welcome development. The short and  long-term impacts of concussion have come into sharp focus in more recent times  and to be in a position to assist our players on such a wide-scale basis is a huge  step forward. If concussions are not diagnosed early, and treated carefully, the  consequences can be series, and with a huge risk of repeat concussions. We are  delighted to join forces with our colleagues in the GAA, the Camogie Association, the  Gaelic Players Association and UPMC to roll-out the concussion baseline testing  programme. I am sure that this programme will be of huge benefit to a number of our  players and, from a health and safety perspective, this is a vital intervention piece.”

CEO of the GPA Tom Parsons said, “This is an extremely important step in terms of  looking after the physical welfare of players on the training pitch and the field of play.  With the attritional nature of Gaelic games, head injuries and concussive events are  an unfortunate feature of our games. Being able to diagnose and better manage the return to play protocols provides players with an greater standard of care with head  injuries. That is why we are delighted to partner with UPMC and the three National  Governing Bodies to proactively monitor the incidence and effects of concussion on  our members. This will allow us to take the necessary steps in mitigating against the  consequences of concussion and delivering the best possible care for players.”