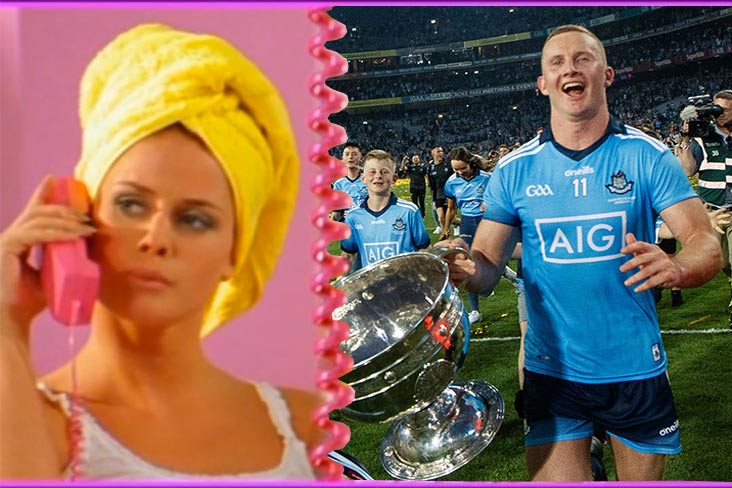 Part of what was Dublin, in the rare old times https://t.co/dPs1Ng0gK1

Each other a brother part of a culture like no other 💙 pic.twitter.com/e2VAxxeGwD

very true on Mick Fitz.. an absolute nightmare to have marking you.. what a defender.. https://t.co/1z5mjbTa05

Hard luck to the Kerry boys. Have come along way, the future is bright and ye will be back.

So proud to be from Kerry. Our boys have everything ..! We’re coming ⭐️

Gutted for the lads yesterday but very proud of the year they had and the direction they’re going. Big things coming for this team. Well done to Dublin an incredible team & an example to all the chasing pack. 💚💛

Tough to take but these Kerry boys are only getting started. 💚💛

What a performance & what a group of players & management. Many big moments in the game but save from Cluxton was huge. Should seal his long deserved footballer of the year award #DUBvKER

When all is said and done, this is some achievement to win five in a row All Ireland’s titles. We will never witness this again. Massive congratulations to @DubGAAOfficial #respect

Congrats to the Dubs, great to watch and super ambassadors of the game 👏. Hopefully they all retire now 👀 Thanks in advance 😅 #GAA

Well done to @stephenroch on the @TheSundayGame today. Easy transition. Nobody missed either 😬

Has Jim Gavin ever uttered the words “me or I” in any interview he has ever done?! Completely all about the game players and deflects any attention from him to the players #classact

Surely every GAA fan can objectively look at this and see it for what it is?

Future will be grim unless the GAA take their commercial caps off and start making the right decisions for the game, not the balance sheet.

Peters right in what he says here, there’s junior soccer clubs in Donegal run better than a lot of county boards. You can’t bridge the gap with that with leadership like that. https://t.co/bdSZyHC0KX

🏟 A record breaking 56,114 fans are in attendance at @CrokePark today for the 2019 @TG4TV All-Ireland Ladies Football Finals!

🙌🏻Thank you to everyone who has travelled and supported the teams today! #ProperFan pic.twitter.com/jNPEAYgiZu