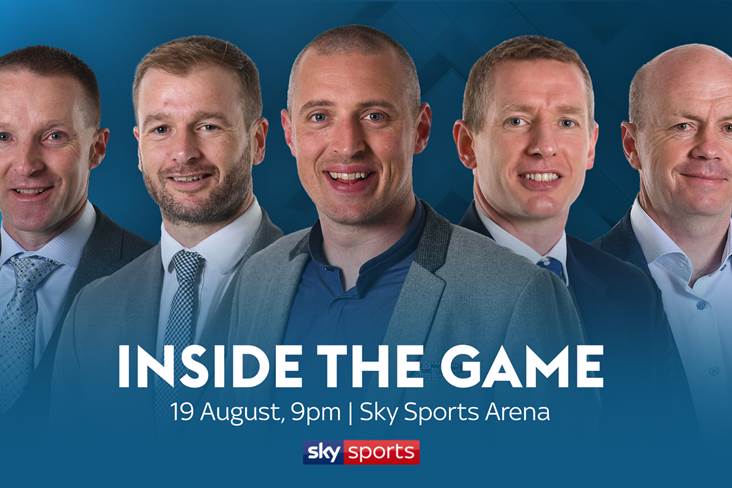 Sky Sports has announced the launch of a new GAA discussion show called, Inside The Game  which will air every Wednesday from the 19th August on Sky Sports Arena.

Hosted by Brian Carney, Gráinne McElwain and Mike Finnerty on alternating weeks, the show will run throughout the entire build-up to the intercounty championships and right through the season up to the All-Ireland final, and will feature different guests each week, including the Sky Sports GAA analysts.

Football will be the focus on the first episode, with Kieran Donaghy and Peter Canavan discussing all the latest news and club action, as well as looking forward to the 2020 All-Ireland Championship.

On alternating weeks, hurling will take centre stage with JJ Delaney, Jamesie O'Connor and Ollie Canning joining the conversation alongside other special guests.

There will also be exclusive interviews, features and more as the 2020 GAA season gathers pace.

From mid-October when intercounty action restarts, the analysts will be debating all the biggest stories, as well as reviewing highlights and previewing upcoming matches.