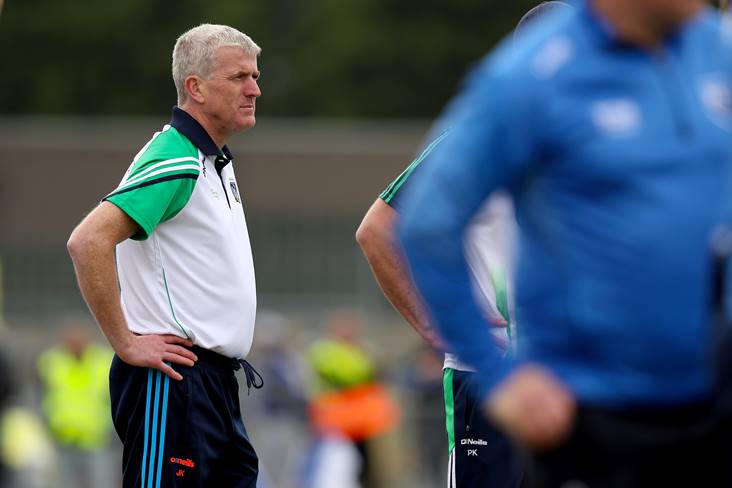 Limerick hurling manager John Kiely has refused to comment on the incident which marred their participation in the Supers 11’s in New York recently and he considers the matter now closed following an internal disciplinary procedure.

Two Limerick hurlers were sent home early from the trip after video footage, apparently filmed by one player, shows another player involved in a fight with a person at night on the streets of New York.

Kiely, speaking at the launch of the Co-op Superstores Munster Hurling League, said an internal disciplinary process has now concluded. The results of this process have not been made public and it is not known if any players have been suspended or dropped from the panel.

Limerick have returned to training but several players, particularly those with extend club campaigns, are on breaks and will not be called back in for a number of weeks.

“I think we made it clear at the time when we issued our statement that there wasn’t going to be any further comment on the matter,” said Kiely.

“It is an internal matter. It is like any organisation I am sure, disciplinary matters in a newspaper or a radio station, you are not going to be going out and airing them in the public.

“It is like all disciplinary matters, they are handled inhouse. As far as we are concerned the matter is closed. We are back training since last Tuesday and 2019 has been concluded and we are looking forward to 2020 with great anticipation.

“We have a lot of changes in our backroom team and a number of players who have joined the group. We are very much looking forward to 2020,” said the 2018 All-Ireland winning manager.

Kiely said that there would be changes to their squad for 2020 and paid tribute to Richie McCarthy and Paul Browne, both of whom recently announced their retirements.

“I won’t be issuing any panel to the public for a number of weeks yet. We have a lot of new players who have come into the panel and we want to give them a chance to settle in,” added Kiely.

Meanwhile, while the Limerick manager said he wasn’t dwelling on the controversial end to their 1-21 to 2-17 All-Ireland semi-final loss when a deflected late sideline from Darragh O’Donovan was signaled wide, he sees merit in the introduction of video assisted referring (VAR).

“It was parked for me within two days, being straight up about it. It was unfortunate. It was an error, we all make errors, we all make mistakes we move on. That is the bottom line. We had the game in our own control on the day. If we had been a little bit more efficient we could have found those extra one or two scores. It didn’t happen on the day for us. The best team won on the day and we move on. As far as we are concerned it is all about 2020 now, not looking back on 2019.

“There is a fairly wide acceptance that there is room for improvement in that area. And we are all very much willing to buy into anything that will improve the accuracy of what we are doing on matchday.

“There is a huge amount at stake be it in a Munster final, or an All-Ireland semi-final or final. These games come down to such small margins. If we can ensure that everybody goes home knowing that the result is the correct result, and the right result, and that correct decisions were taken on the day by whatever means that is possible without interrupting the flow of the game obviously.

“You don’t want to end up with a soccer VAR where people are walking off the field to look at a screen, nobody wants that. But if there was a mechanism by which we could make a call on the sideline to ask whoever is upstairs looking at these cameras and screens, who can see exactly what has happened and to slow it down.

“To get the correct decision. If it takes 30 seconds, 40 seconds to do that through the fourth official, I think that is a fantastic idea and one that I think all management teams would be very supportive of, in terms of ensuring the correct decisions are found,” he added.