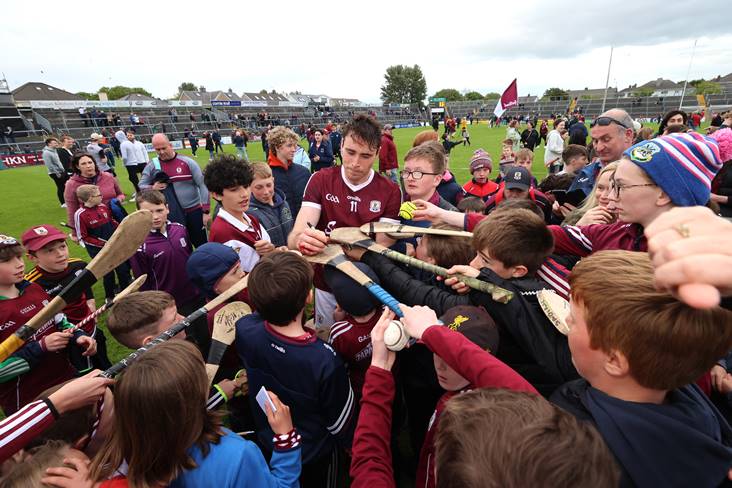 Galway manager Henry Shefflin will go head-to-head with his old Kilkenny boss Brian Cody in the Leinster SHC final in two weeks' time, with Wexford advancing to the All-Ireland preliminary quarter-finals after ousting Dublin for third place, while Westmeath secured their safety from relegation at the expense of Laois.

Shefflin got one over on Cody in their first meeting as managers last month when the Tribesmen beat Kilkenny in Salthill and the pair will share the sideline again at Croke Park on June 4.

Despite a 1-22 to 1-18 defeat at the hands of Wexford at UPMC Nowlan Park this evening, Cody has now guided the Cats into a 21st provincial senior hurling championship decider under his watch.

Wexford needed to win to stay alive in the championship and made sure of it with a battling performance in front of a bumper crowd of 13,565 in the Marble City.

Darragh Egan's side held a 1-11 to 1-8 lead at half-time, a 33rd minute goal from Oisin Foley cancelled out Martin Keoghan's early strike for the Cats.

At Pearse Stadium, Galway gained some revenge for last year's semi-final loss to Dublin when they beat Mattie Kenny's side by 0-27 to 0-21, thus ending their championship interests for 2022.

The Dubs were made to rue a host of missed chances when they played with the wind in the first-half as they trailed by 0-12 to 0-11 at the interval.

Conor Cooney had a penalty saved by goalkeeper Sean Brennan after the restart but the Galway marksman still racked up 0-13 (twelve frees), and he was ably assisted up front by Conor Whelan, scorer of five points from play.

Meanwhile, Joe Fortune's Westmeath showed that their draw against Wexford last weekend was no flash in the pan as two goals each by Eoin Keyes and Niall Mitchell and one from Niall O'Brien propelled them to an emphatic 5-24 to 1-18 victory over Laois at MW Hire O'Moore Park.

A well-drilled Westmeath played against the wind in the opening period but made most of the running to take a 1-12 to 1-11 lead into the break, with Keyes netted their opening goal on 27 minutes.

Laois, who can only avoid relegation to the Joe McDonagh Cup if Kerry beat Antrim, had to see out the remaining 15 minutes with 14-men after losing Sean Downey to injury as they had already used up all their substitutions.