Tourlestrane will face back-to-back Mayo SFC winners Knockmore in the semi-finals of the Connacht club SFC on December 4/5 after coming through their respective quarter-final against St Kieran’s (London) earlier today.

The Sligo champions came good in the second-half to see off the Exiles at Markievicz Park, where the points of Brian Egan, Liam Gaughan and Gary Gaughan were enough to see them through to the western province’s last four stage on a 0-9 to 0-4 score-line.

In Carrick-on-Shannon, newly crowned Galway champions Mountbellew/Moylough could afford to concede two first-half goals and still see off Ballinamore Sean O’Heslins for a place in the Connacht club SFC semis.

Niall McGovern and Tom Prior netted to help the Leitrim side into a 2-5 to 0-5 lead at the half before Michael Daly kick started the visitors’ comeback which would eventually see them win out by two (0-16 to 2-8) in the end.

In the Leinster club senior football championship, Blessington sprung the upset of the day by defeating Longford kingpins Mullinalaghta St Columbas by 1-7 to 1-5 at Pearse Park.

Having trailed by seven points at the half (1-5 to 0-1), Kevin Quinn inspired the Wicklow champions to victory with three late points after substitute Dean Silk-Featherston had cut the deficit down to one with a superbly taken goal in the 54th minute. 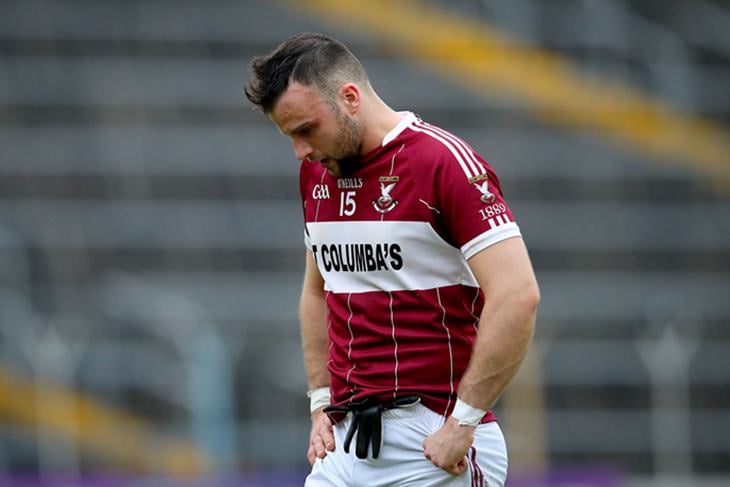 Naas also advanced to the provincial quarter-finals by defeating Tullamore on a 2-11 to 3-7 score-line at St Conleth’s Park, Newbridge.

Darragh Kirwan’s freak goal in the fourth minute of injury-time was what denied the Offaly champions, while in Dunleer it was Naomh Mairtin that ensured themselves a quarter-final berth with a comfortable win over Rathvilly.

The Louth champions made it a memorable debut in Leinster as they handed their Carlow counterparts a 2-16 to 1-5 defeat, with Conor Whelan and Val Leddy supplying the goals in the run up to half-time to help them march on.

Fresh from capturing their first ever Derry SFC title, Glen moved on to the quarter-finals of the Ulster club championship after edging out St Eunan’s by 0-8 to 1-4 in Letterkenny.

It was the Donegal side that led by one-point in the closing stages after having survived a massive scare which saw county ‘keeper Shaun Patton save a penalty from Conleth McGuckian.

The Watty Graham’s club still managed to dig deep in the time remaining however, as Michael Warnock levelled the game before Danny Tallon struck the winner deep in injury-time.

For a round-up of yesterday's provincial club championship games across the country click right here.

Joyce confirms Mulkerrin's season is over