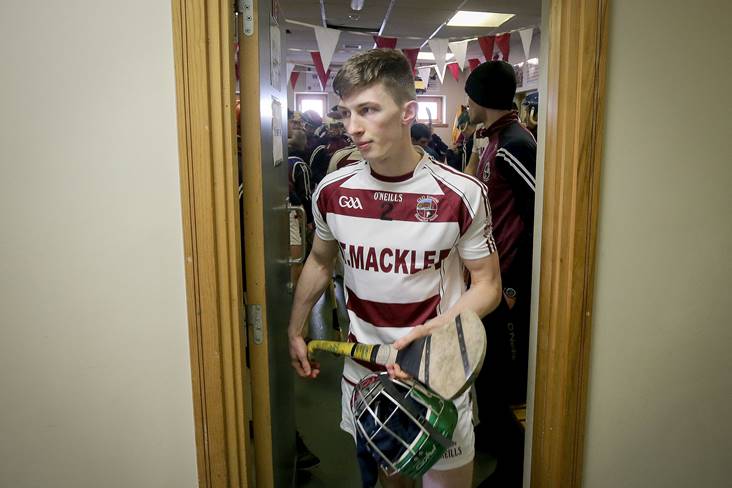 Slaughtneil's Paul McNeill leads his team out of the dressing room. ©INPHO/Oisin Keniry.

Holders Slaughtneil and Kevin Lynch's will face off in the Derry SHC final on Sunday week following their respective semi-final wins over Lavey and Ballinascreen yesterday.

Slaughtneil were imperious as they routed Lavey on a 1-32 to 1-12 scoreline. Lavey led by four points early on thanks to an Eamon McGill goal, but after two points from Chrissy McKaigue had brought them level, the Emmett's took over completely to take a 0-18 to 1-5 lead into the break.

Cormac O'Doherty and Gerald Bradley fired a succession of points after the restart, while Bradley also netted as the champions coasted home.

In the other semi-final, second half goals from Reece McSorley, Richie Mullan and Niall Ferris helped Kevin Lynch's to a 3-14 to 1-12 win over Ballinascreen.