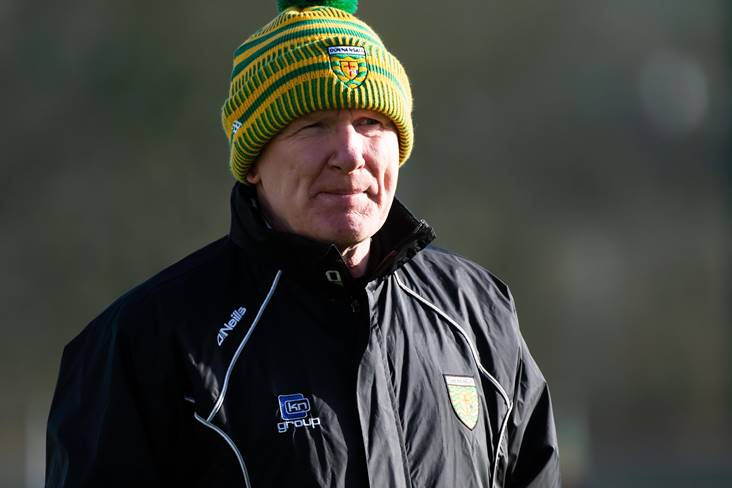 Declan Bonner expects the same game intensity than in normal circumstances when his Donegal side take on Tyrone in the Ulster SFC quarter-finals this weekend.

The Tir Chonaill men open their provincial title defence against the Red Hands on Sunday in Ballybofey (throw-in 1.30pm), where circumstances will certainly be different with no crowd in attendance.

"It is different. You’ve the added pressure of someone picking up Covid. We got the warning early on in September and we were shut down for the best part of two weeks,” Bonner is quoted saying by GAA.ie.

“We had a lot of protocols put into place under the guidance of Kevin Moran, who is also on the Croke Park advisory committee.

"It’s not going to be watertight as these guys are all amateur and they have to go back to their work.

"We’ve got it at the back of our mind that it’s Donegal v Tyrone in the first round of the Ulster championship. It’s different circumstances, but the intensity levels on the pitch won’t be any different that it would be at the height of the summer in front of a full house at MacCumhaill Park.

"It’s basically winner takes all and that’s what we’ve been gearing to."