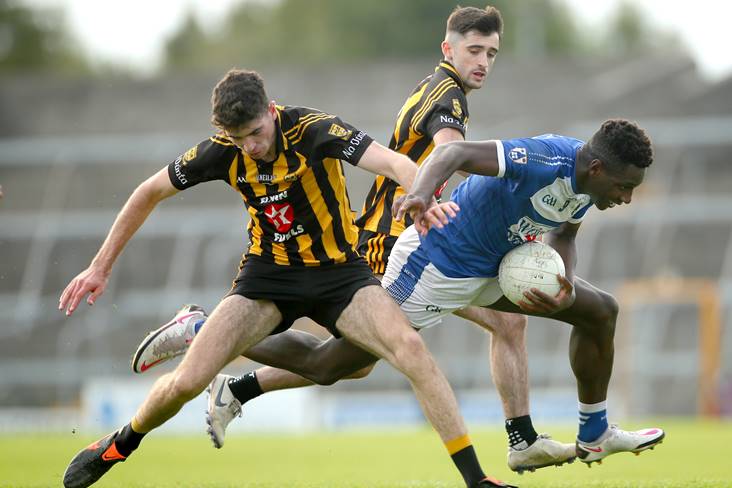 Despite having county player Charlie Drumm sent off three minutes into the second half, The Downs still had too much for Tyrrellspass in the second of the Westmeath SFC semi-finals at TEG Cusack Park yesterday as they qualified for their first final in 17 years.

Five points from the fit-again Luke Loughlin and a goal from county hurler Niall Mitchell helped Lar Wall's side to a 3-10 to 1-13 victory. Mitchell had the ball in the net after only two minutes before Tyrrellspass got back into it when Peter Murray deflected into his own net. With Ger Egan in fine scoring form, Tyrrellspass surged five points clear by the 21st minute, but The Downs hit back with goals from Andrew Kilmartin and Trevor Martin to level at half-time, 3-4 to 1-10.

When Drumm picked up a second yellow card just after the restart, the black and ambers appeared to be in trouble, but they rolled up their sleeves and prevailed thanks to scores from sub Jonathan Lynam, Loughlin and Kilmartin.

The Downs can now look forward to a final showdown with neighbours and three-in-a-row chasing St Loman's who eventually saw off Killucan in the other semi-final on Saturday.