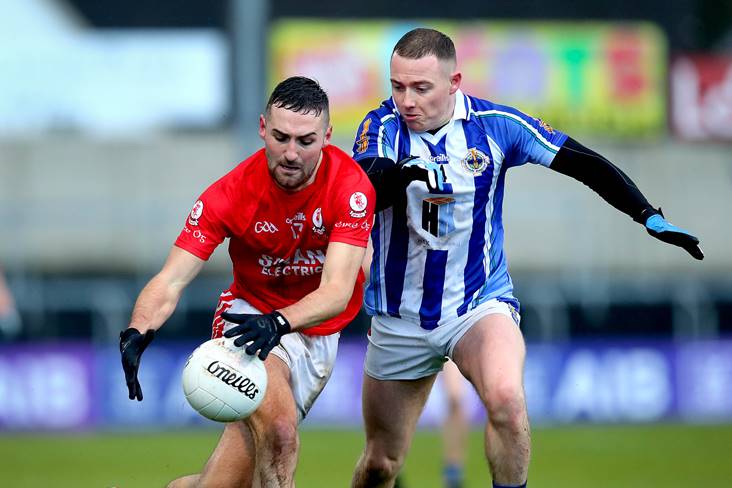 Ballyboden went 20 minutes without scoring in the second half and it looked like Sean Gannon's point in the 55th minute would secure a sixth provincial success for Eire Og, but the pre-match favourites finished with a flourish to claim their second Leinster crown in four years and set up an All-Ireland semi-final meeting with Kilcoo at Kingspan Breffni in four weeks' time.

Egan and county star Macauley both came off the bench to leave their mark on a tough and uncompromising contest. As expected, Ballyboden dominated the possession stakes, but found their Carlow opponents difficult to break down in the wet and storm-like conditions. Three points in quick succession from Ross Dunphy, Gannon and Chris Blake handed the underdogs a 0-3 to 0-0 lead after 12 minutes. Anthony Rainbow's charges eventually opened their account through Colm Basquel in the 23rd minute and further points from veteran Conal Keaney and Ryan Basquel (free) left it all-square, 0-3 each, at the break.

Eire Og regained the lead after the restart before Keaney tied up the scoring again with a booming point. When Michael Darragh Macauley back-heeled the ball to an opposing player inside his own half, Eire Og counterattacked and won a free which Ross Dunphy took quickly for county star Gannon to kick over with five minutes remaining.

The Carlow town side remained in front until the final minute of normal time when Egan equalised after a patient build-up. Ryan Basquel then edged 'Boden in front before Macauley soloed through to fist over the insurance in the 63rd minute.