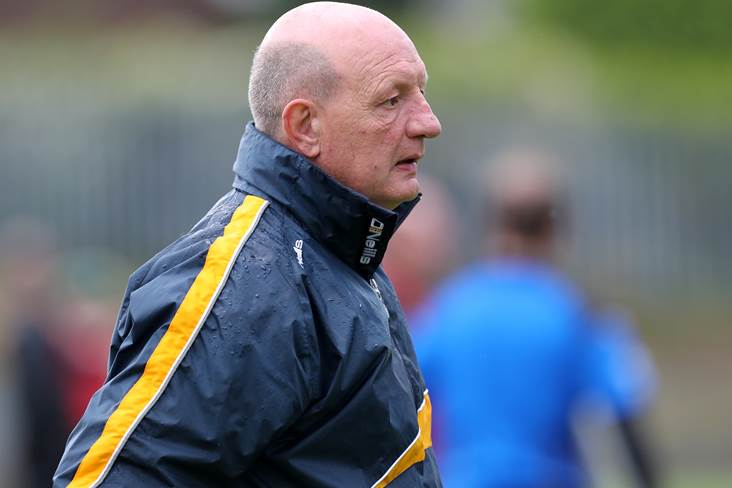 Terence 'Sambo' McNaughton while in charge of Antrim.
©INPHO/Presseye.

Terence ‘Sambo’ McNaughton said he hadn’t a clue that last Sunday’s Ulster club intermediate hurling final would be heading to penalties in the event of a draw after extra-time.

McNaughton’s Naomh Eanna side were level on 2-20 apiece with Eoghan Ruadh of Tyrone after 80 minutes before going on to win the shoot-out that ensured 1-0 to lift the trophy.

Speaking to the Irish Daily Star afterwards, McNaughton said he was gobsmacked when he learned that penalties would decide the outcome of the final rather than a replay.

“To be totally honest, without bullsh***ing you, I hadn’t a f*****g clue. It (a penalty shoot-out) was never mentioned, never came up,” said the former Antrim boss.

“Somebody said to me, ‘Sambo, we’ve to pick five penalty takers’.

“I don’t know those boys well enough. I’m only here (less than a year). Once you know your free-taker, and you have a reserve free taker, then you move on. That’s all you have in your head.

“I said, ‘I don’t know who are best penalty takers are’. Who has the mentality for it, or the character to step up there. Youse (Naomh Eanna) pick five, but make sure they have got the character.

“And then this car crash unfolded in front of me.”