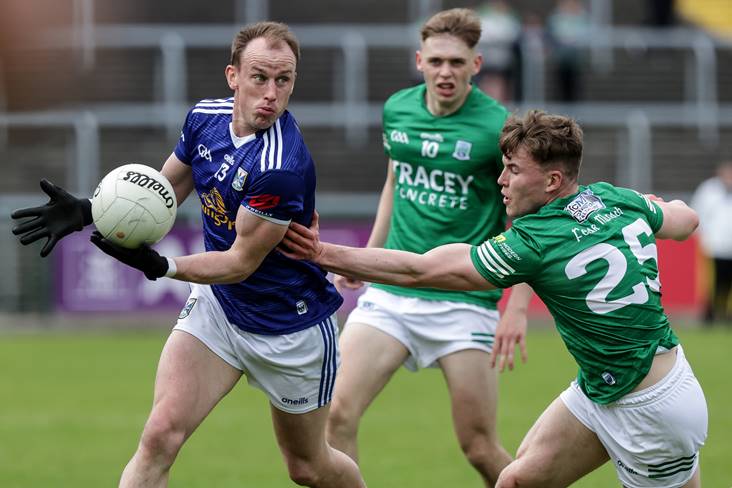 The Breffni County began the contest with real intent, scoring 1-3 without reply in the opening eight minutes.

Galligan's goal straight from the throw-in set the tone and points by the Lacken man and Gearoid McKiernan (2) had them well in control but the hosts hit four unanswered scores to make it 1-4 to 0-5 on 22 minutes.

However, Cavan found their groove again and full-back Faulkner raided forward to bury the ball to the net in the 28th minute before receiving a black card.

Trailing by 2-5 to 0-7 at half-time, Fermanagh failed to make their numerical advantage count during the 10 minutes the Cavan no.3 was in the bin as the visitors pressed on after the break with Oisin Kiernan, Patrick Lynch (2) and Conor Brady stretching their lead to eight by the 50th minute.

The hosts were reliant on frees from Sean Quigley and none of their forwards scored from play.