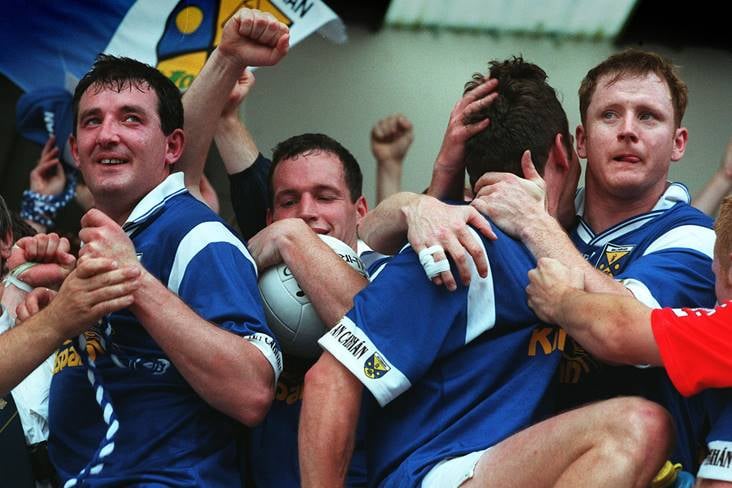 Cavan’s 1997 Ulster SFC-winning squad and management team are set to be guests of honour at this Sunday’s Ulster final between Donegal and Derry in Clones.

The Breffni men defeated Derry 25 years ago at the same venue to claim their first senior provincial title since 1969.

Ulster GAA is now set to honour the group as its Jubilee Team at half-time at St Tiernach’s Park on Sunday.

Here’s a look back at that unforgettable day for the Breffni County a quarter of a century ago:

Take a look back at that memorable day for the Breffni County 25 years ago! 🟦⬜️ pic.twitter.com/JkURhBwW1l