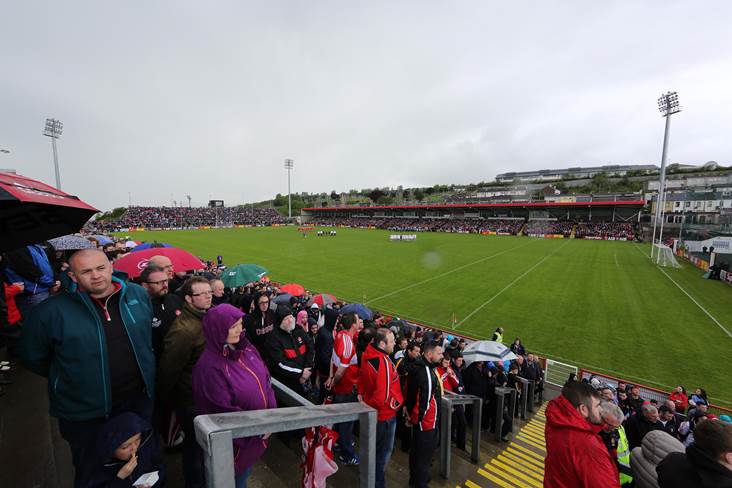 Goalkeeper Conor McAneney proved to be the shootout hero for Tyrone in tonight's Ulster MFC semi-final at Celtic Park as he saved Donegal's fifth and final penalty struck by Shane Callaghan.

The sides were level 0-8 each at full-time, and then 0-13 to 1-10 after extra-time, with Donegal remarkably having come from four points down with three minutes of the additional time remaining to equalise through points from Callaghan and Cian McMenamin (free) and a goal via Donal Gallagher.

But it was the Red Hands who eventually prevailed to set up a final meeting with neighbours Derry at Clones next Sunday thanks to successful spot kicks from Noah Grimes, Leo Hughes, Nathan Farry and Niall McCarney.

Earlier in the day, Derry qualified for their sixth Ulster MFC decider in eight years after a strong first-half performance saw them past Cavan at the Athletic Grounds where it finished 0-16 to 0-11.

Watch 📺 Niall McCarney scores our 5th penalty kick and Conor McAneney wins the shootout with a fantastic save!