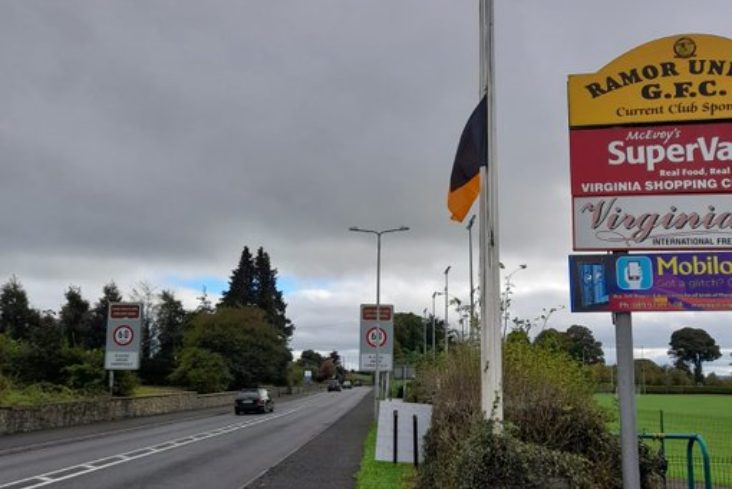 The Ramor United flag flies at half mast at Dolan Park, Virginia in memory of the late Paul Glackin

A GAA man through and through, he was hugely devoted to his duties with Ramor United having served as player, coach and committee member.

Tributes poured in on Twitter all throughout last weekend after Paul’s family had announced that he had died peacefully on the Saturday.

Ramor United flew its flag at half mast at Dolan Park the following day in remembrance of their devoted clubman and local publican. His funeral mass took place on Monday in St. Matthew's Church, Maghera with his burial at Virginia Cemetery.

Originally from Gurteen in Arva, Jim was the Proprietor of the Lakeside Manor Hotel in Virginia.

An uncle of current Cavan star Ciaran Brady, Jim played at all levels for Arva GAA and won an intermediate championship title in 1972 when the St Patrick’s club defeated Ballymachugh.

He also served as chairman of the hugely popular Arva Show during the early 1990s and, after relocating to the outskirts of Virginia town, he would go on to serve proudly as Maghera MacFinns GAA chairman.